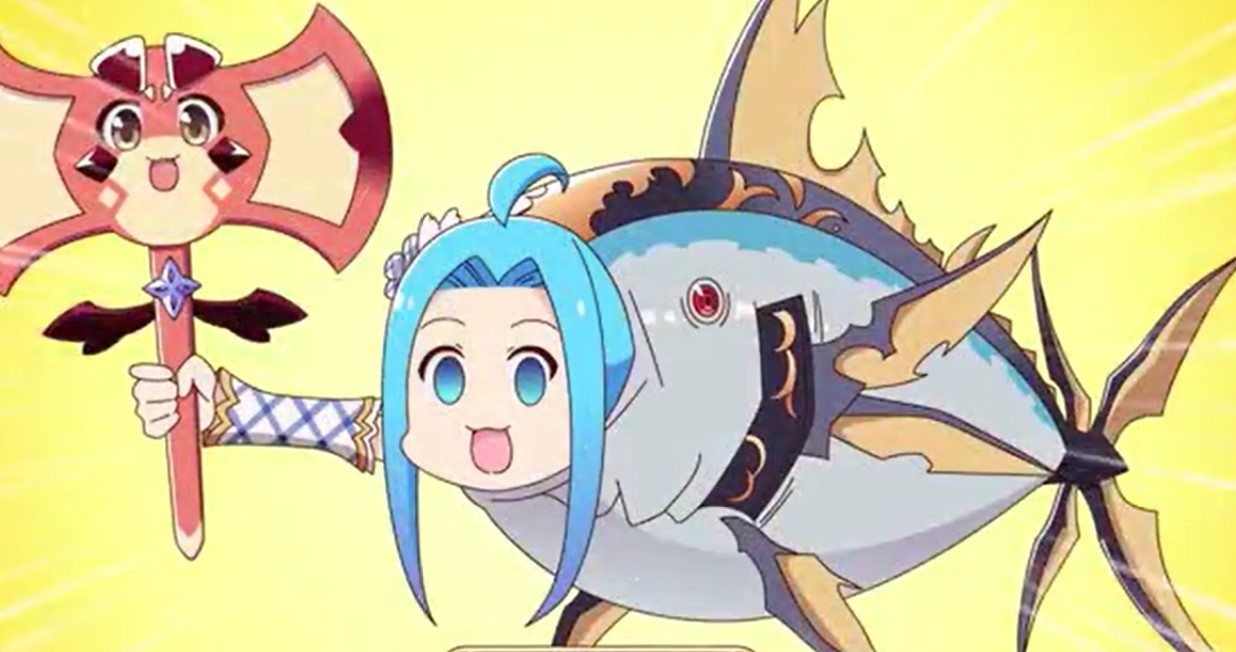 Guraburu is a grand world of blue and fantasy, where islands float through the skies. There are those who travel the world in an airship, fighting dangerous monsters they are called Skyfarers. Rackham is traveling with Katalina they landed on the forest island Rackham said that the monster nest mentioned in their quest is just up ahead.

Lyria and Lo are also part of the quest they are scared of the monsters. Lo promises that they are going to take care of the monsters in an instant. Cagliostro said that she is an alchemist, not a monster exterminator. Clarisse adds that only one single hit will teach the monsters a lesson. Let’s find out more about this Anime below.

This post is about Guraburu! Episode 2 update, preview, and recap. You can officially watch this Anime on Crunchyroll. This Anime is also known as Grand Blues!. Let’s find out how will Racham’s team complete their quest below. Let’s take a look at the weekly schedule of this Anime below. 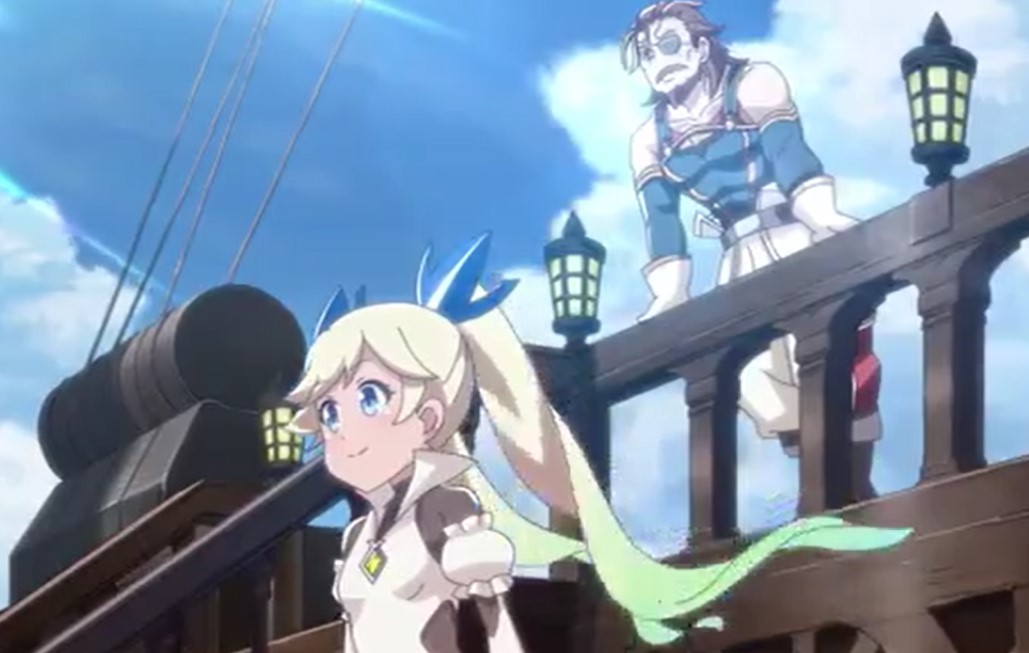 Vryn spots an apple tree on the way she flies and enjoys eating them and Rackham told everyone not to make noise or the monster will see them. While Rackham is still talking the flaming blue monsters appears in front of them. The monsters started roaring while attacking them. The monsters were looking for the weaker one and they went straight towards Bryn and Lyria.

Vryn transforms after hearing the monsters teasing her and Lyria. Lyria lets go of her fear and summons her powerful fighting dress and Vryn is in a form of fighting weapon that Lyria will use to fight. They both went on fusion and became Lyriabacore feat Vryn. They started whooping the monsters’ faces into pulp and Cagliostro said they are so strong.

She thinks that since they are single-handedly defeating them monsters alone they shouldn’t have come along. Lyriabacore feat Vryn are venting their anger on the monsters for teasing them. Rackham wanted to protect those two but he has seen that they can take care of themselves. The monsters are being overpowered by the combined powers of Vryn and Lyrian. The battle still continues with the group of heroes winning over the monsters.

Today that’s what the preview and latest development have to offer. You will get more news and updates of this Anime next week Thursday.