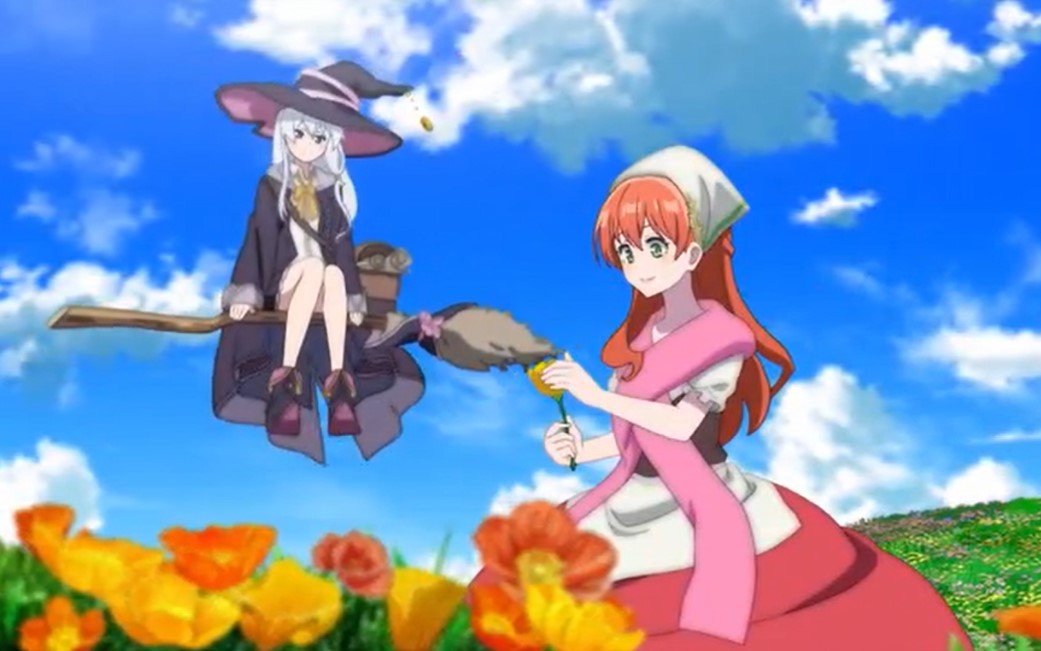 Elaina has set out for her another journey while she is flying in the middle of the forest she hits with tree leaves. She thinks that maybe she should have flown over the forest but it is too late she decides that it is better for her to just keep on continuing. While she is on her journey she recites that they say that beautiful flowers have thorns. Occasionally, beautiful things will bare their fangs when you touch them on the other note who is beauty blooming as beautifully as the most colorful flowers, that’s Elaina on her broom.

While she is still flying she saw a magnificent field of flowers and there was a lady who is taking care of them. Elaina went to her and ask her if she is the one who is taking care of the flowers. The lady replied that no one takes care of the flowers she just loves to be around flowers. She also told Elaina that she is just playing with flowers while basking in the sun. Elaina is surprised that the flowers are just growing naturally. The lady asks her saying that ”traveler are you a witch” and she asks her a favor.

The Journey of Elaina Episode 4 Recap

The Journey of Elaina Episode 4 will be released on Friday, 23 October 2020, at 9:00 PM JST. This Anime will release its latest new episode every Friday make sure to watch out for the spoilers of the next episode when you continue. Let’s take a look at the recap and preview below. 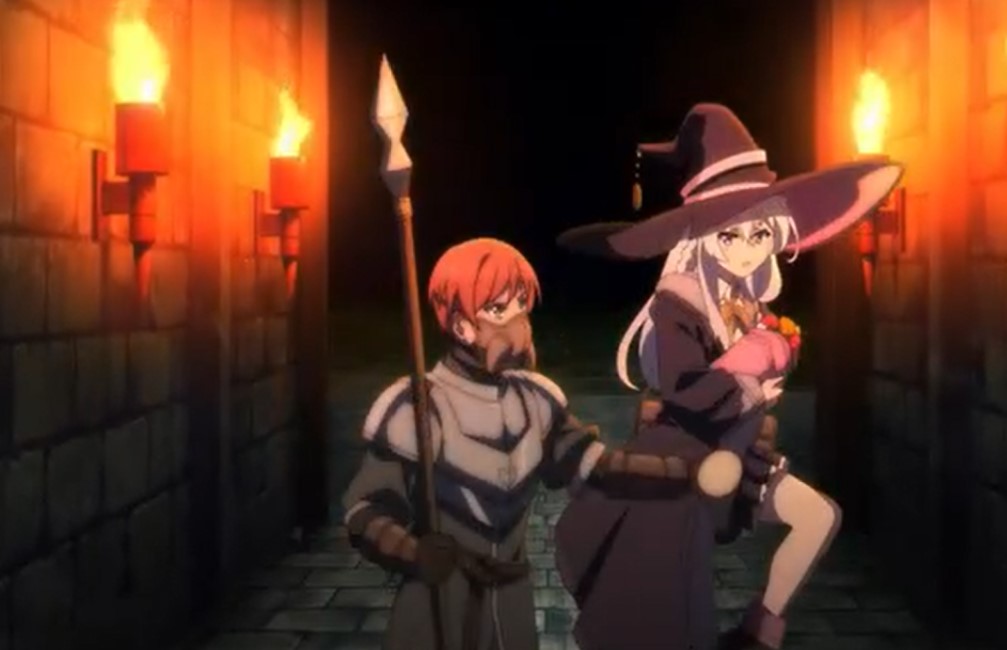 Previously on The Journey of Elaina Episode 3

Elaina replied that she will do what she can and she gave Elaina the bouquet to go with it to the country she is about to enter. Elaina agrees with her asking who should she gave it to. The lady said she can give it to anyone who thinks the flowers are beautiful. Elaina replied that it means she wants her to advertise the flower field for people to know about it. The lady replied yes and thank her as she takes the flowers later Elaina enters another country.

The guard tried to stop her and take her flower asking her where did she get them. The other guard came and say he will handle it and he gives back Elaina her flowers. The guard reveals that he is angry because his sister has been missing. He also reveals the flowers are not allowed in the country because they are poisonous.

He also reveals that they don’t affect witch but there is magic inside them that will make people who can’t use magic go insane. The guard managed to find her sister who has turned into a beautiful flower because of the poison and he also did. The lady who gave Elaina is the one who is the sister of the guard she was trying to show her brother where he can find her.

The Journey of Elaina Episode 4 Preview

Watch The Journey of Elaina on Funimation. That’s the latest updates about this Anime has revealed to us for this week. Next week Friday we will be coming back with other updates of the upcoming episode along with more updates.