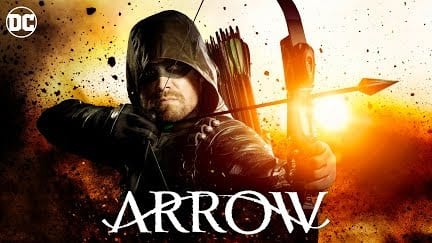 Tonight’s episode of Arrow is called ‘Present Tense’ and it will feature Deathstroke, arrive out of nowhere into Star City. As Oliver and team Arrow plan on taking down this villain themselves; barely wriggling from the loss of their mate, the future Team Arrow figures out a new way to stop JJ.

Here are few essential details on tonight’s episode of Arrow:

For now, the dystopian reality of Rene Ramirez is trying to prevent his daughter’s death, and this would very well lead to the dystopian future of 2040. As Mia, Connor, and William plan on telling Rene that their daughter Zoe will be killed in the future, it remains to be seen how Rene will take it. Rene dedicated his entire life to making Star City a safe place for his daughter. It looks like, it isn’t that safe after all and he couldn’t ensure everything.

In Episode 3, the future and present Teams we’re united, this crossover will be wholly played out in the next episode. You will see the team utterly confused by the arrival of their descendants. Mia Smoak (Katherine McNamara), Connor Hawke (Joseph David-Jones) and William Clayton (Ben Lewis) are the future Team Arrow of 2040. There’s more to this tale: they also have to handle the tragic loss of their teammate Zoe Ramirez (Andrea Sixtos), who was assassinated by John “JJ” Diggle Jr / Deathstroke 2040 (Charlie Barnett).

Arrow Season 8 Episode 4 ‘Present Tense’ will air on The CW on November 5. You can live stream Arrow on Live Fubo TV. It allows you to Sign up now for free for a seven-day trial. You can also watch Arrow on the CW website or app.