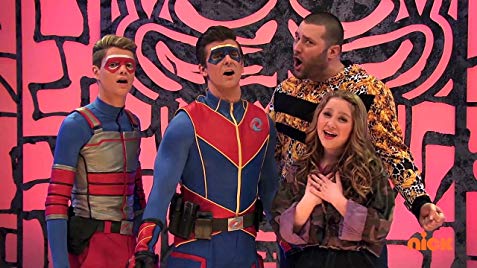 The upcoming episode of Henry Danger Season 5 Episode 30, titled ‘Holiday Punch’ will deal with the menace of new species of the moth who eat all the Christmas trees in Swellview. As Captain Man and Kid Danger head over to Neighborville to buy more trees, they are attacked by shady tree dealers and must to fight to save Christmas. Truly a Christmasy episode, it premieres on November 30, 2019.

Amongst the recurring cast members, we will see Carrie Barrett as Mary Gaperman.

The episode that was originally supposed to be called ‘Season’s Beatings,’ was a pun at ‘Season’s Greetings”. After Christmas Danger, it has become the second Christmas-themed episode. It will be the last new episode to air in 2019. Additionally, Bianca may return in this episode.

The show Henry Danger has been officially described as the tale of a 13-year-old Henry Hart. He meets his hometown’s celebrated crime-fighting superhero Captain Man; his becomes his side-kick. Captain Man gives him the alias “Henry Danger.” Destined to take over as Swellview’s full-fledged superhero, the show is based on Henry’s sidekicking.

Henry Hart must find out a way to balance the two conflicting sides of his life. He must also keep family and his two best friends far from learning Henry Danger’s true identity.