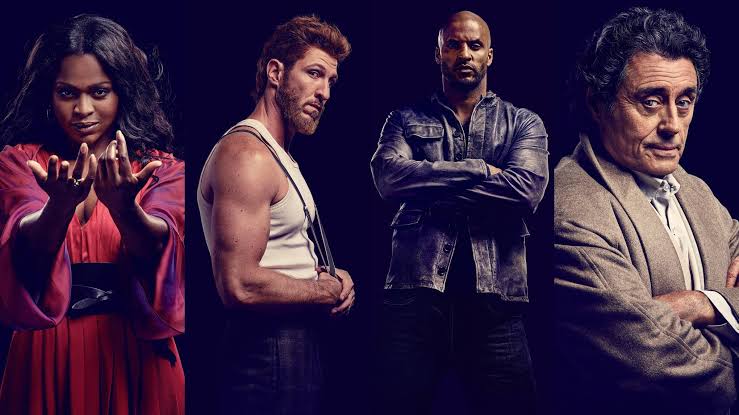 American Gods have successfully made it to the successful TV shows and the most anticipated one of 2019. American Gods air on Starz of which Season 2 has been finally announced. Debuting in April 2017, American Gods is based upon Neil Gaiman’s fantasy novel by the same name.

The show traces the story of a former convict former convict namely Shadow Moon (Ricky Whittle) who now is hired for a brand new job. He’s hired to serve as the bodyguard and a driver for a man who goes by the name of Mr. Wednesday (Ian McShane) for a secretive mission across the USA.

Season 2 of American Gods debuted a teaser back at NYCC in October 2018. The show is all slated to pick up its plot right where Season 1 wrapped it. It will show a Shadow finally realizes that the strange people that he’s been encountering are really gods of an ancient era who are gearing up for an epic clash against a bunch of new gods. The newest gods are the ones who arose with the modern culture.

The show saw such a huge delay due to a host of factors. First off production fell apart shortly after Season 2 was announced. Showrunners Michael Green and Bryan Fuller left American Gods after citing rift with budgeting committee.

Finally, Jesse Alexander took over the reins. But that’s not all, stars such as Gillian Anderson and Kristin Chenoweth left immediately after the duo Michael Green and Bryan Fuller announced their retirement from the show. By the end, Alexander ended up leaving American Gods, and now it remains to be seen what the series will have in store for us. Anywho, American Gods premiere on Starz on March 10th, 2019.