by Amrit Chatterjee
in Video Games
0

The Witcher series has been extremely successful both in terms of overall business and providing the utmost satisfaction to gamers. The third installment of the game was truly an amazing game, and its story will be remembered as one of the best of its kind if not the best. Both PC and PS4 users have had their share of taking full advantage of the game, however, users of Nintendo Switch missed on the opportunity but, recently, a new leak suggests that the situation is going to change soon enough.

Yes, there is a new leak which is circulating on the internet from a French retailer according to which, Nintendo Switch users will be able to enjoy one of the game in the series very soon as it will be ported to the platform.

According to the leak, Witcher 3 will be available for Switch platform. However, there is still a big question regarding legitimacy. Currently, the leak is available on the official website of the retailer, WT&T. This site also gives the details on the price and theas well. According to the site, the game will be released on 31st December 2019 for Nintendo Switch. 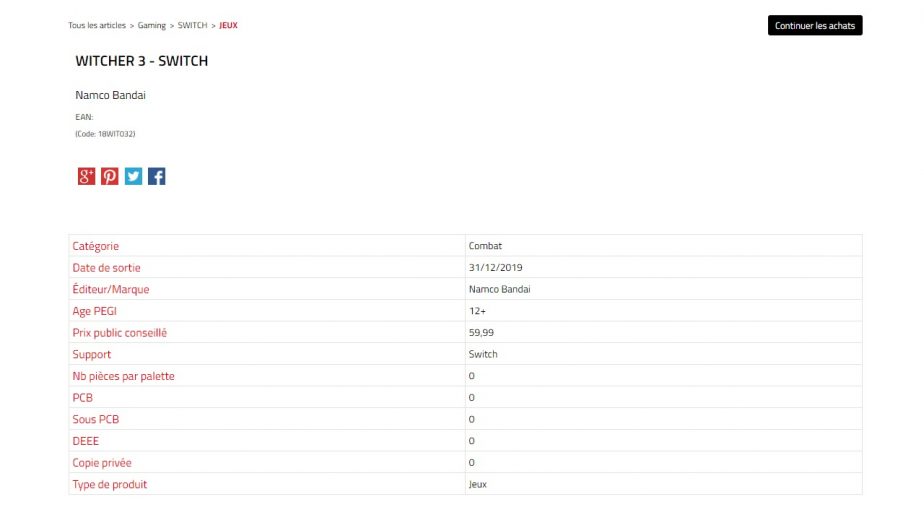 However, any official word is still to be received for this case which makes it extremely fishy and there are a few other problems besides the official announcement. The major problem being the lack of Switch’s capability to handle games of large size as seen in case of Elders Scrolls, likewise Witcher 3 is expected to meet the same problem.

However, it won’t be too wise to turn down this possibility as history will tell you that often time retail leak does tend to be true and since the given release window being the end of 2019, who knows, the game might get available or it could simply be a mistake on their part. Stay tuned for further updates.

Attack On Titan Chapter 113 Spoilers – The Battle Of The Strongest