This movie sends the Class 1-A of U.A. High to Nabu Island. It is a safety program in a remote area where Izuku Midoriya meets Mahoro and her brother. As the team bonds with the residents of the Island, Katsuma is seen trying to become a hero. Still, Mahoro seeks to dissuade him, believing his Quirk to be unsuited for that line of work. Meanwhile, Nine, a villain, and his gang arrive on the island and destroy all means of escape and communication. Will Midoriya and Bakugou be able to protect the residents of Nabu Island?

Firstly, this movie is better than the first one, i.e., Two Heroes; although the storyline is not very special, this movie focuses more on the Class 1-A students than the first one, which focused mainly on All Might and Deku. This movie gives a lot of incredible moments to almost all the students of Class 1-A, especially Tokoyami, Denki, and Ojiro. All got their time to shine, but mainly focus on Bakugou and Deku; this movie is a treat for Bakugou and Deku fans. Todoroki fans might not be thrilled, but still, he got a lot of screentime along with Iida and Froppy.

The pace of the movie is just fantastic; there’s no wasted moment at all. Almost the whole second half of the film is pure action and the ending, and nobody could have just predicted it. However, this movie seems to be a bit further away in the timeline of My Hero Academia, considering season 4. Horikoshi, the creator of MHA, initially thought the storyline of this movie to be the end of the entire series, so that only tells us how amazing and incredible this movie would be.

Also, this movie introduces impressive villains, which makes this movie a lot better. The actions scenes are just superior to what we have been seeing in the MHA universe until now. This movie is a must-watch for all My Hero Academia fans. 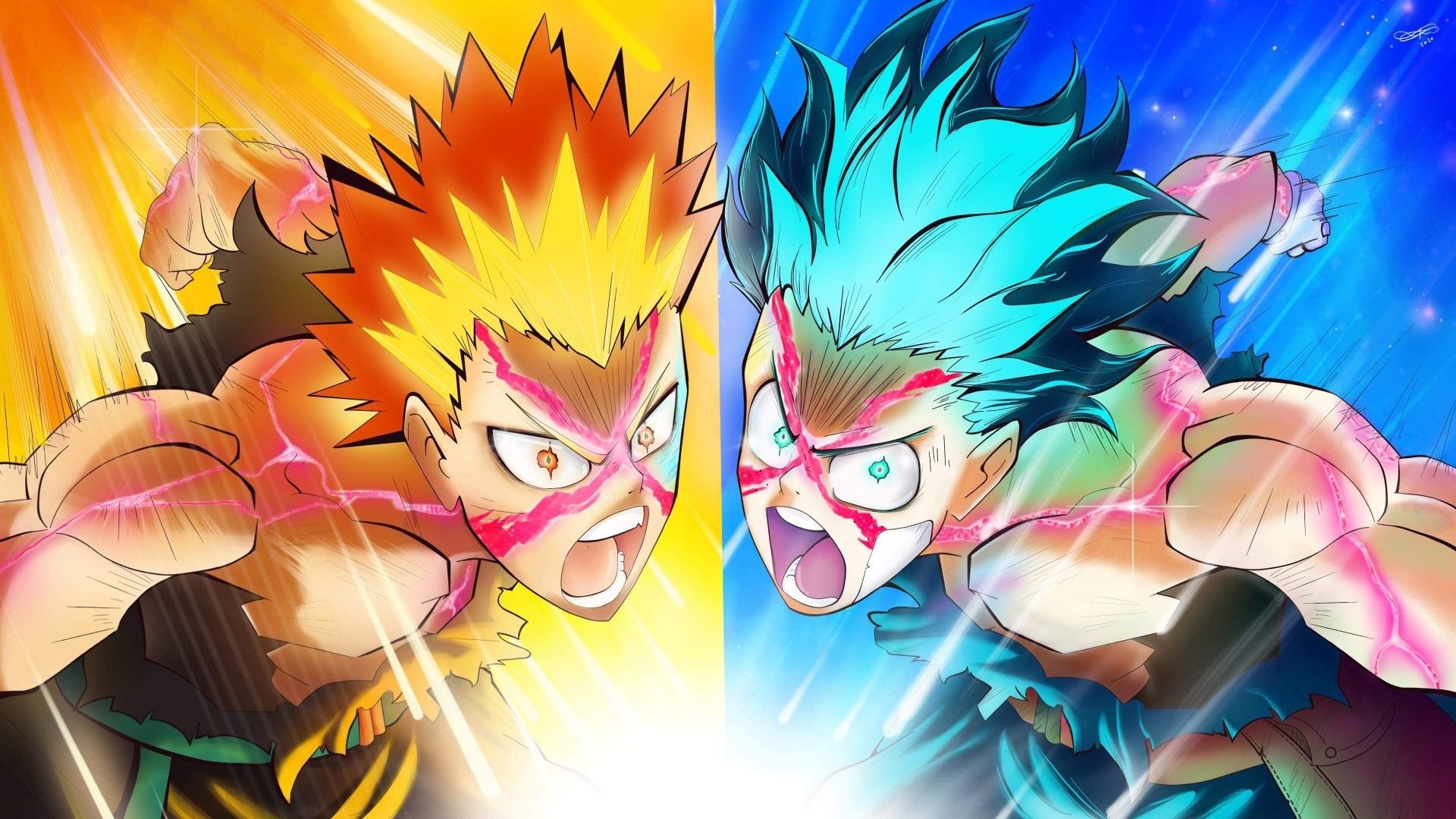 We have all the student of class 1-A along with two kids Mahoro and Katsuma who also dreams of becoming a hero. Most Importantly, unlike Two Heroes, this movie has an impressive set of Villains; Nine, Slice, Chimera, and Mummy. These are some of the best short-lived villains in MHA. In terms of power and strength, Nine is almost equal to Overhaul and also equally dangerous. Although Nine’s motivation was relatively shallow, they could have given him a better incentive to become a villain.

The animation was top-tier; it was just fabulous; here we are talking about Studio Bones; they can never let their standards go down. The fight scene of Nine with Bakugou and Deku has one of the best animations in all of My Hero Academia. The visuals and effects were so on point; the background scenes were beautiful. If you have watched My Hero Academia, you know the entire series has a top-tier animation, but this movie is just on another level.

Sumika performed the theme song “Higher Ground.” Tomoyo Kurosawa joined the cast as Mahoro, Yuka Terasaki voiced Katsuma Mio Imada was cast as Slice, and Yoshio Inoue was cast as Nine. The voice actors from the main cast returned. The sound of the MHA series has always been excellent and inspiring. Heroes Rising has also been up to expectations.

The voice actors all have done such a good job, especially Daiki Yamashita, the voice of Deku, and Nobuhiko Okamoto, the voice of Bakugo, both have put in so much emotion in this. Also, I think Yoshio Inoue, the voice of Nine, has also done an outstanding job in portraying his character.

Top 10 Best Friendships In TV Series That Have Remained Memorable

RRR Movie Review: Another Hit With A Historic Twist