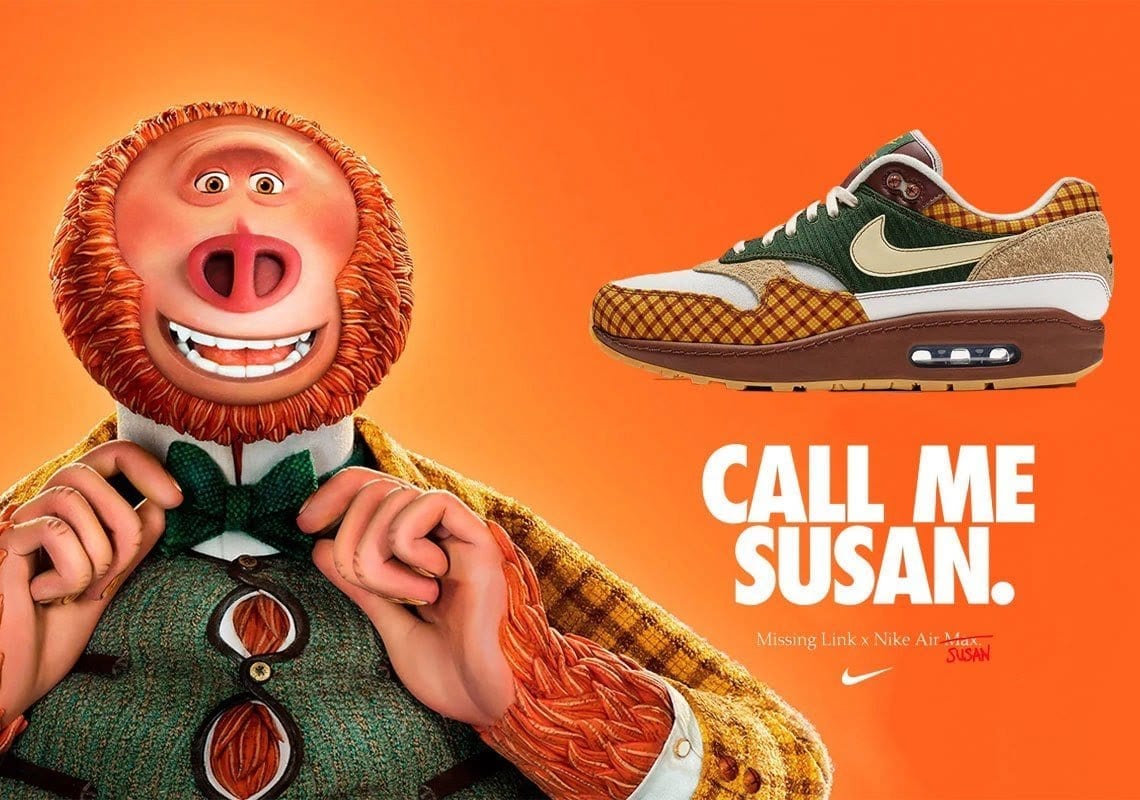 Animation Studio Laika has done a lot of collaborations. The studio is run by Travis, who is the son of Phil Knight, the founder of Nike. The studio has a new movie coming up, which is called “Missing Link.” So, they are teaming up with Nike once again, and they are releasing the result of their collaboration in Nike Air Max Susan. Nike Air Max Susan is an altered Air Max 1, which has been inspired by the main character of the movie, Mr. Link.

If you take a look at the shoes, you can see that it is pretty vibrant. Mr. Link’s brown, yellow and green colors are used to emphasize his Pacific Northwest roots. It also shows the huge contrast to the urban art that is presented by Sir Lionel Frost (his co-star). The shoes of Mr. Link have been designed by Tinker Hatfield and animator Michal Berger. Green and plaid are spread across to match the tuxedo of Mr. Link.

The name of the shoes is derived from the start of the movie when Mr. Link introduces himself as Susan, in order to keep his real identity concealed from Frost. Frost is the world’s greatest monster chaser.