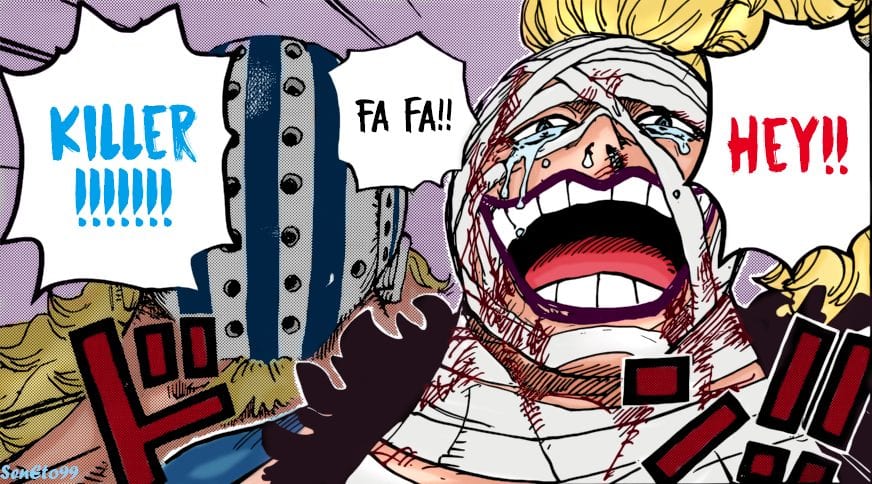 One Piece chapter 944 dropped earlier today, and I think everyone who read the chapter is probably awestruck right now. Eiichiro Oda delivered this week, and I hope that we continue this into the next week as well.

Wano Country Act 2 had lots of build-up chapters, and with this one, we finally found out what they were all about. I’m very excited for next week’s chapter, and in this post, we’ll be talking One Piece 945 update, and of course, the spoilers.

So, One Piece 944 gave us a huge reveal in Killer being Kamazou, and Kid actually returning to rescue him. It also gave us other hype moments such as Zoro and Sanji fighting, along with Big Mom finally reaching the Mine Prison. In One Piece 945, I think the focus will be more on Big Mom and Queen.

Mama is finally at the prison, and she’s rampaging it seems. For her to become normal, they need to give her Oshiruko, and Luffy ate it all. Since it belonged to Queen, I think Big Mom will target him and he’ll likely be one-shot by her.

Moving on, I think the incident at the Rasetsu district will be covered a bit more, and they’ll retreat somehow within the next few chapters.