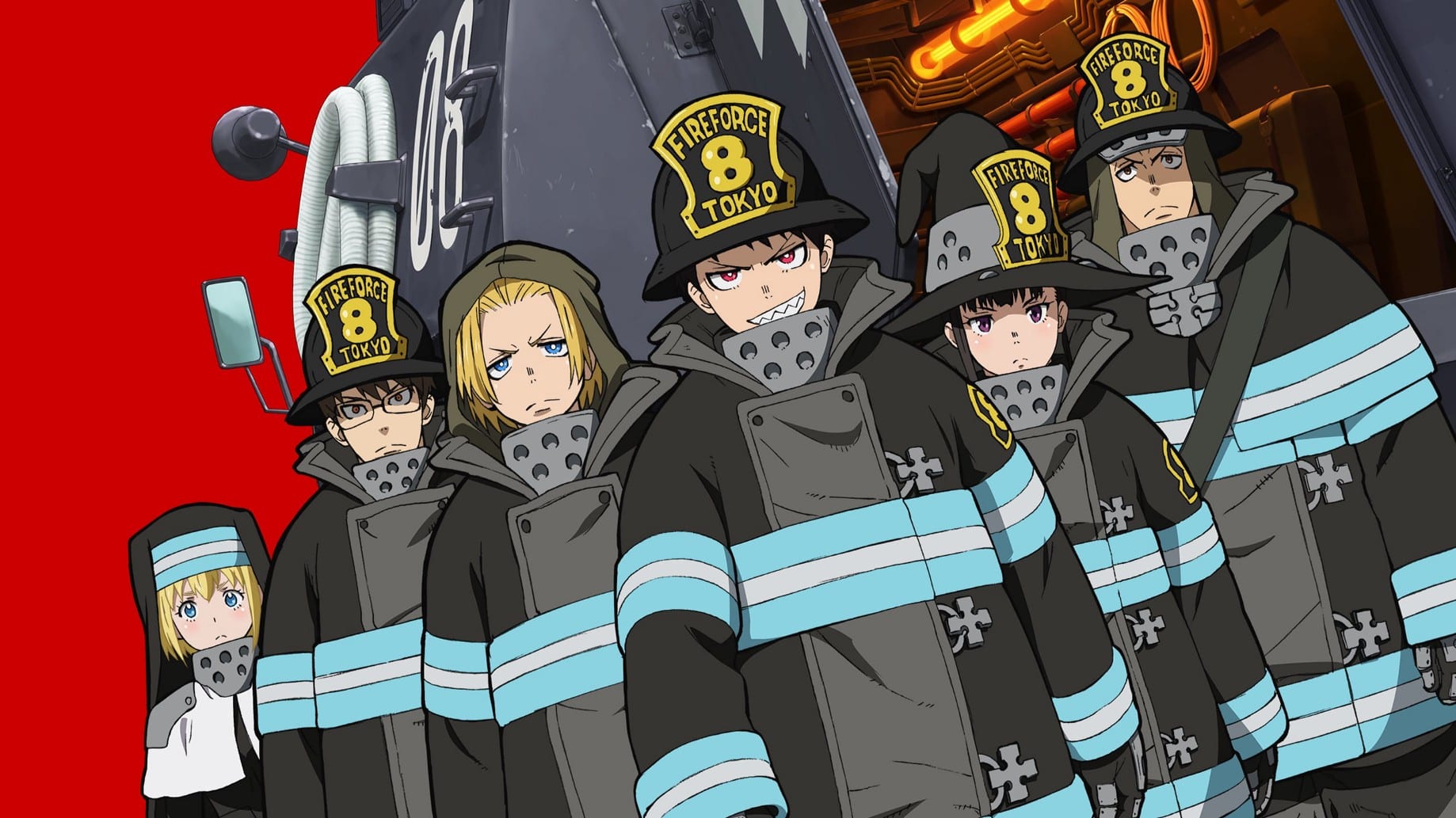 Fire Force premiered with a blast last week with what we think is the best production any show has had this year so far. It didn’t take long for people to get hooked on this show and the just the first episode was enough to make sure that the watchers stick to it even after the first episode. I think everyone who watched it is probably now looking forward to the next episode of the show, and if you’re one of them, then you’re at the right place! In this post, we’ll be discussing Fire Force episode 2 with you guys. Without wasting any more time, let’s get started!

Fire Force Episode 2 is titled ‘The Heart of a Fire Soldier’. The episode will likely focus more on Shinra’s group because we didn’t really see much of them in the first one. This time, we’ll likely see how things work there.

We also think we might catch a glimpse of everyone training to show Shinra how things are done around here. Some spoilers suggest that a new guy will be introduced in this episode of Fire Force, and we cannot wait for it to finally happen. We’re very excited to see Shinra make more friends, and of course, to see more action come his way.

Fire Force Episode 2 airs tomorrow, July 12, 2019. You can stream it across platforms such as Funimation and Crunchyroll.