What Was The Kazuki Takahashi Net Worth Before He Passed Away?

What Was The Kazuki Takahashi Net Worth Before He Passed Away?

The whole manga and anime industry will never be able to cope with the loss of Kazuki Takahashi. The artist has largely contributed to the industry, and we really doubt if we ever get to see anyone as talented as him. July 7, 2022, brought the wretched news that spread a wave of grief and shock. The author’s body was found near the coast of Nago. It is estimated that he must have died on July 6, 2022. It is not yet confirmed how this legend has died. Japanese Coast guard found his body near the coast of Awa, Nago city, Okinawa Prefecture. Also, it is confirmed that he visited the city alone and was wearing snorkeling gear when his body recovered. The police are still investigating the case, and all the fans worldwide await an answer. Kazuki Takahashi was a manga writer and a game developer. He was most famous for his manga series Yu-Gi-Oh!

Kazuki started his career in the late 1980s with minor works in many magazines such as Weekly Shonen Sunday and Weekly Shonen Magazine. His first recognized work was “Tokio no Tako,” which got published in Weekly Shonen Jump in 1990. His other work, “Tennenshoku Danji Buray,” which went on to have two volumes got, published from 1991 to 1992. Although people started recognizing and liking his work, he considered all the early work done by him as a total flop. It was in 1996 that he launched Yu-Gi-Oh! and never looked back. The success he got with this manga is tremendous. He launched the manga in Weekly Shonen Jump, and it continued to be serialized till 2004. 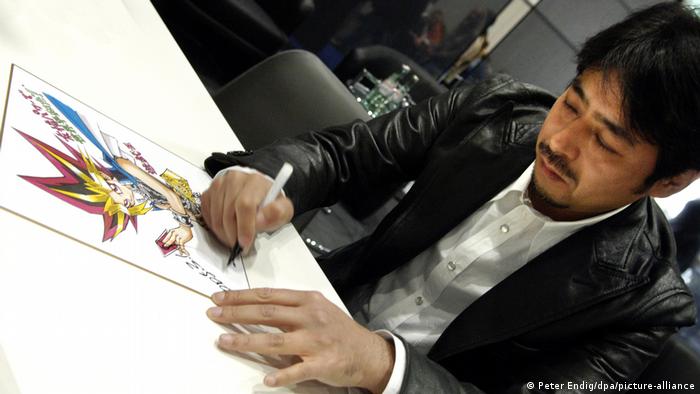 What Was Kazuki Takahashi’s Net Worth?

It is estimated that the talented and popular Takashi’s net worth was $20 million. The major part of his income comes from creating manga and games. However, it can be said that the major part of his fame came from creating Yu-Gi-Oh! This particular manga series made Kazuki a recognized name in the Japanese Manga industry. Nevertheless, he started working in the field in 1990 only. He started getting paid for his manga, but it was not enough, and then in 1996, he created Yu-Gi-Oh! Manga. But, before that, he published a Trading Card Game of the same name, which also received fans’ love.

Not just creating manga, he was also associated with many films and series based on his manga series, Yu-Gi-Oh! such as 5D’s, The Movie: Pyramid of Light, and Bonds Beyond Time. Thus, his earnings were mainly dependent on manga, games, and films based on them. Along with that, this creator used to endorse many brands. As a result, Kazuki was one of the highest-paid authors in the world. Yu-Gi-Oh! Trading Card game’s estimated net worth is $9.64 billion. The company has sold over 35 billion cards worldwide.

According to a report, the total earnings of Yu-Gi-Oh! The franchise is $17.1 billion, including Manga sales of $964 million, Video games sales of $377 million, and Anime TV revenue of $152 million. Also, the franchise has earned $42 million from the box-office success of the films based on the manga and $5.92 billion for licensed merchandise. Though he is not with us today, the legend will be remembered and continue to be an inspiration for budding manga writers.