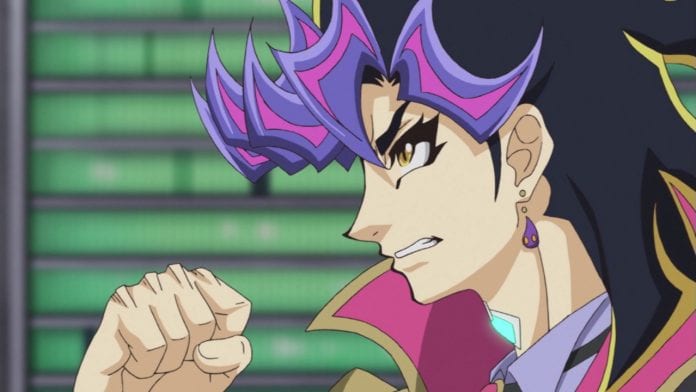 This duel commenced between Ai and the team of Akira and Blue Maiden. Ai saw an opening and is determined to take control of SOL Technologies but this is easier said than done. Ai tried all his attacks but none of them seemed to bear any fruits whatsoever. This was because the team of Akira and Blue Maiden is just too awesome. Their teamwork is beyond anyone’s imagination.

They managed to fend off all of the attacks of Ai with relative ease and thus this battle has got more interesting than ever. Now, talking about the next episode of Yu-Gi-Oh! VRAINS. The spoilers of the new episode will follow now, so if you do not wish to be spoilt then stop reading this post. Yu-Gi-Oh! VRAINS Episode 111 is titled “Wanting to Fight Each Other”.

In this episode, we will get to see, now that Akira and Blue Maiden have grown into the battle. They will now do their best to break through Ai’s defense but Ai will not be fazed by this whatsoever and right when Akira and Blue Maiden will think that they are in control of this fight, Ai is going to turn the tables on them yet again and he will use his surprise power.

Now, again the tide will shift in favor of Ai but Akira and Blue Maiden will, in the end, pull out another rabbit from their hats. So, let us see how things unfold in the upcoming episode of Wanting to Fight Each OtherYu-Gi-Oh! VRAINS anime.

Yu-Gi-Oh! VRAINS Episode 111 release date is 24 July 2019. You all can watch this episode on TV Tokyo, 9Go!, Teletoon and Crunchyroll.

Meshack Makungo - January 22, 2020 0
Xin Xia and everyone else finds out a secret about why they are looking for the flame belle in the latest chapter of “Versatile...