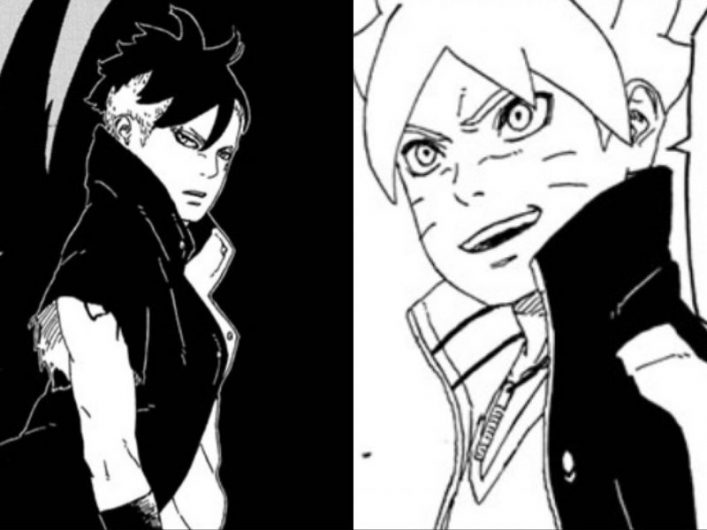 Boruto Chapter 40 is just around the corner now, and the spoilers have already started to leak online. In the previous chapter, we got to see Kawaki and Team 7 leave Shikamaru Nara stranded and go save Naruto Uzumaki by themselves. Surprisingly, they’re met by Boro there, another member of Kara’s inner circle. 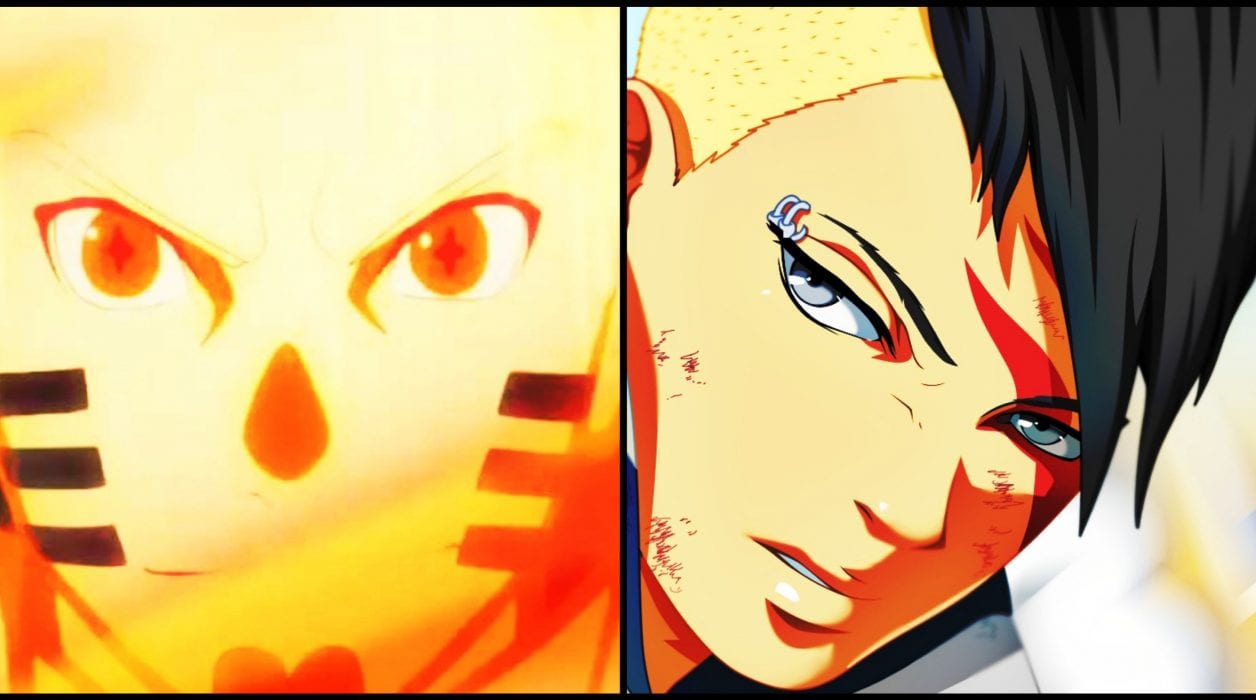 According to Kawaki, Boro is even more dangerous than Jigen in some ways, so we’ll get to see their fight this week. After a month’s wait, Boruto Chapter 40 is very close to us now so let’s start discussing it already, shall we?

While the title of Boruto Chapter 40 isn’t known yet, we do know that we’ll get to see Boruto Uzumaki and the rest fight against Boro. In a leaked panel, the team is seen slightly roughed up, but nobody has any serious injuries. It seems they’re retreating from Boro’s fight since he proved to be way too powerful for them. There’s also a chance someone intercepted the fight, but we don’t know that for sure yet.

Boruto Chapter 40 also features Sarada Uchiha, who is seen putting on her headband towards the end and saying that her priority is rescuing Naruto, but only via teamwork can that be achieved. Sarada asks the others to step up and show the enemy their true power. Boruto Chapter 40 will be out in November’s V-Jump magazine, which is set to come out on November 20, 2019.

As to where you can read the manga, you can always go for the scans online, but the best way to read it is on Shueisha’s Shonen Jump app or the MangaPlus app. Both offer the manga for free, and you also get to support the author this way.

Are you excited about Boruto Chapter 40? Let us know your thoughts in the comments section below!