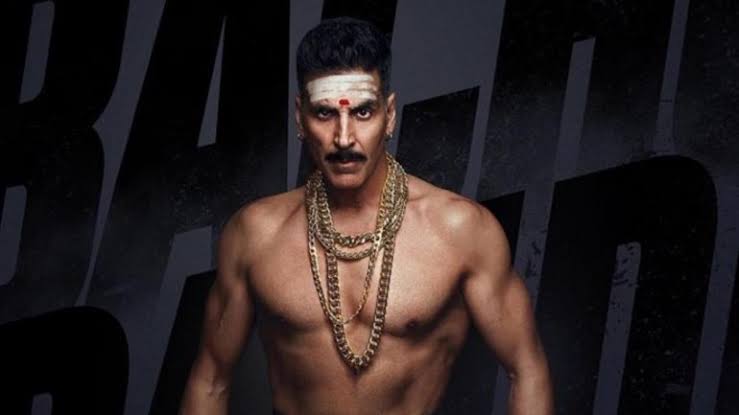 The Akshay Kumar starred action-drama, Bachchan Pandey, is the newest addition to Sajid Nadiadwala’s creative creation. It is a remake of South Indian Film named, ‘Veeram’ which was released in 2014. The word, ‘Veeram’ is a Tamil term meaning brave or courageous. The original film had Ajith Kumar and Tamannaah as lead actors.

The first look of the Bachchan Pandey is out! The poster which flaunts the lead actor Akshay Kumar sees the Khiladi in a ripped body with the mustache. He is wearing multiple gold chains, and his forehead is covered with sandalwood paste with a vermillion tika or ’tilak for a perfect finish. He is wearing a black lungi and is wielding a nunchaku for his trademark action sequence.

The 51-year old is the only confirmed cast of the movie. He has shredded his Khiladi Kumar avatar for the new venture, which is directed by Farhad Samji.

When is Bachchan Pandey update?

After responding to a friend request, the lead actor and the producer of the movie have announced that the epic Tamil remake, Bachchan Pandey, will be released on 22nd January 2021. We will keep you posted with the latest developments.

What is Bachchan Pandey Latest News?

The plot of the movie is still to be announced in detail. The current insights about the film suggest that the film will revolve around a kind-hearted villager, presumably played by Akshay Kumar, who takes the responsibility of safeguarding the family of his fiancee. His commitment to save the family even requires him to fight against the enemies of the fiancee’s father. The film is set to comprise vibrant scenes of action, romance, and drama.

Akshay Kumar and Aamir Khan have remained good friends of each other in spite of healthy competition. The recent example of the same is the change of update of Bachchan Pandey from Christmas 2020 to early 2021. The move will help Aamir Khan starred Lal Singh Chaddha to hit the box office without any big movie clash.