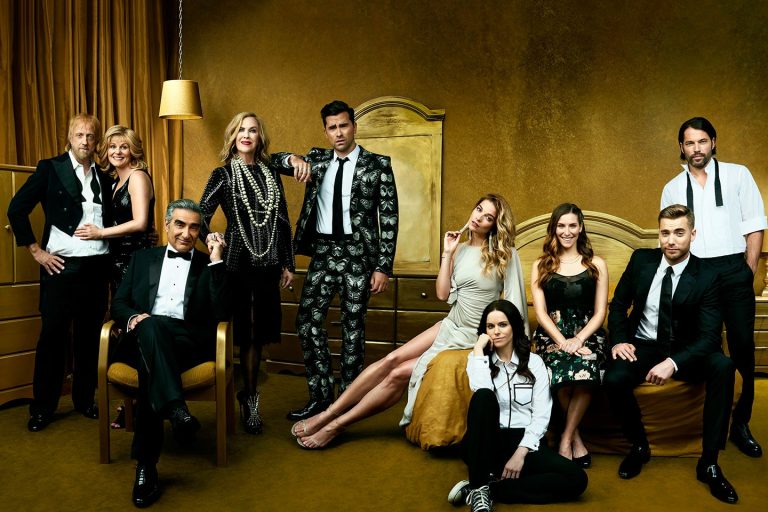 Schitt’s Creek, one of the best and most successful shows of CBC channel ended its run this week, and nobody can believe that the show is over and won’t be returning. We all have been waiting for this sixth season, as it was announced it will be next, and this is a perfect example of how time flies as we are now even done with all the last 14 episodes of the show. Thus, it would be important to talk things out about what happened, and what fans are feeling!

Schitt’s Creek Season 6 Episode 14 ended the show, although it was not the final episode technically, as we got to see a special episode after which took us behind the scenes, where we actually saw how the show was being produced and let us see the wardrobe fittings and what not. Everything a Schitt’s Creek fan would want to see was in the last special episode. More than that, we got to see the final table read, which surely brought tears in all the fans’ eyes, or at least they were actually feeling weird that this is it for Schitt’s Creek!

Additionally, the special episode also included special interviews with Schitt’s Creek cast, creators, journalists, and celebrity superfans including Paula Abdul, Will Arnett, Carol Burnett, Cameron Crowe, Tony Hale, Amy Sedaris, Johnny Weir, and more. So, it was full of information and feelings from all the people around, from the creators to the fans, we were blessed to see all!

Also, the last episode was all about David again being worried for his wedding like always, and it’s not his fault though, as there are always obstacles looking for him. This time it was more about rain that was bothering him, as he thought it could create a possible hurdle in his wedding. But, finally, David is married now, despite all the issues that have tried to cancel the wedding.

Here are some the fan reactions that you might be interested to see, and even relate to. First of all, a fan posted a photo of all the cast members watching the series finale while video chatting to each other!

They’re all watching together and video chatting 🥺😭 #SchittsFinale #SchittsCreek pic.twitter.com/OfeCUZydIG

Another fan posted a photo where she mentioned “he got his happy ending,” and we all can say that it is the main thing we wanted for this season to conclude with!

Patrick singing Always Be My Baby as his vows, and David's vows really killed me. He got his happy ending 😭😭😭❤#SchittsCreek #SchittsFinale pic.twitter.com/jNO1eDdMSd

They went from wanting each other to get murdered first to saying I love you and not wanting to live without each other. The Rose siblings have undergone such growth together #SchittsCreek #SchittsFinale pic.twitter.com/nEBeK4RIZL