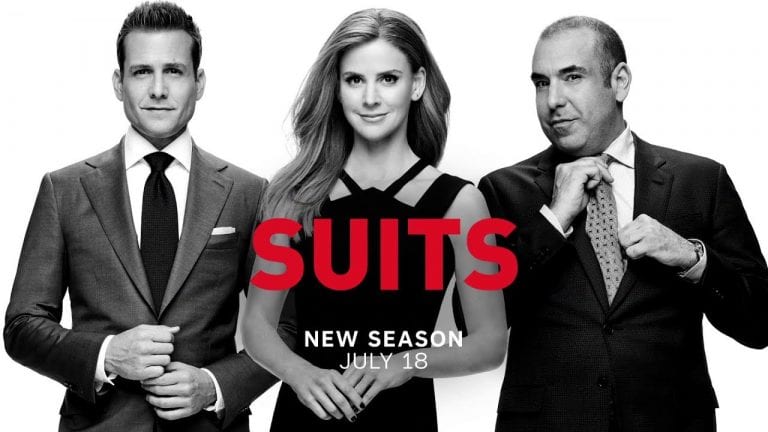 Suits Season 9 Release Date is one of the most wondered questions among fans. Legal Drama series would resume it’s Season 8 soon this year, which should and would provide a clear picture of what’s in the store for this series.

Suits Season 8 released in July 2018, after the series received everyone’s eye as Meghan Markle(Rachel Zane) left her acting career to marry Prince Harry. The series is produced by the USA Network and has 16 episodes in each season which are aired in two halves.

Although in season 8 there are ten episodes which already aired in the first half. Season 8 part B, should not be confused as season 9. It’s doubtful that USA Network will be renewing the series for Season 9, but let’s hope for the best.

Suits Season 9 release date is currently not available as production giant yet has not announced an official confirmation on whether Suits will be renewed for another season. The long-running legal drama is now ready to air Part 2 of season 8 from January 23rd, 2019(unconfirmed source). However, the Season 8 of Suits is averaging a 0.26 rating in the 18-49 demographic and 1.17 million viewers. Now if we compare it to Suits Season 7, that’s downhill by 22% and 11%, respectively.

If Suits is renewed for a new season, fans would still see Gabriel Macht, Rick Hoffman alongside Sarah Rafferty, Dulé Hill, Amanda Schull, and Katherine Heigl. After surviving leadership turbulence and the loss of significant partners, Harvey Specter with Louis Litt, and Donna Paulsen recommence to take on significant corporate cases, alongside Alex Williams and Katrina Bennett. Attorney Samantha Wheeler also joins Specter Litt to fill the void and confront them to change things up.

The ninth season has already been confirmed to be the last of the series. Television executive Chris McCumber said that Suits had played a crucial role in the network’s history. He added, “I and everyone at USA Network sincerely thank Aaron Korsh, our partners at UCP and the entire Suits family for their tremendous creativity, devotion, and support over an amazing run.”

The show came back from its mid-season break in January. The eighth season aired in July 2018. The eighth season was a bit different from the previous seasons. It has ten episodes in the first half and the second half had only six episodes. The show is split into two halves, and each half has eight episodes except for season 8.

Each season of suits is usually released in and around June or July. It usually ends in spring 2019. This is more or less confirmed. It will take some time before the exact release date for the final season is released.