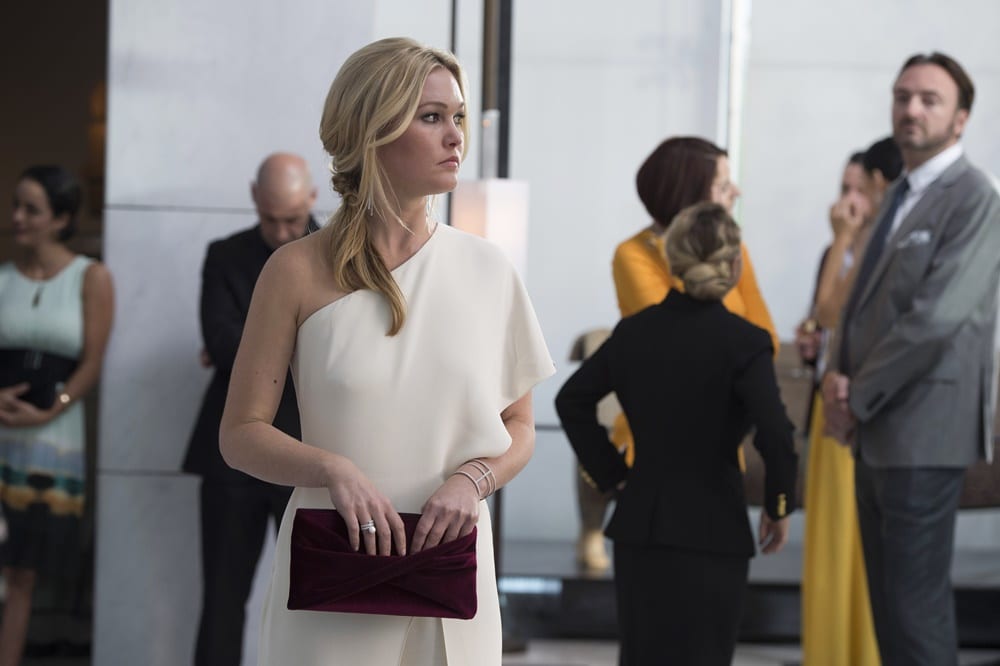 The TV show Riviera is all about wealthy class and gorgeous locations of Côte d’Azur. This thrilling and glam drama deals with the lives of a family of a billionaire banker, Constantine Clios, and his wife Georgina (played by Julia Stiles). If you ask us, the show rests entirely on Georgina’s shoulders. Her life takes a drastic turn as her husband Constantine is killed in a yacht explosion. This leads to a bunch of mysteries and conspiracy theories surrounding his death. What happened the night of the explosion is what eats watchers.

Riviera Season one dealt with the deepest and the darkest secrets of the family. Georgina was shown in desperate attempts to get to the bottom of these deep dark secrets. Season 2 will pick up from the mind-boggling ending of Season one. Clios family is trying to somehow figure out things about Constantine’s death –

Georgina, on the other hand, is deep into holding power in the Clios household. There are going to be some new entrants in the show this season. Things about Georgina’s trouble past will also be revealed. We can expect some new cast members, vis the Eltham family. The new cast of Eltham’s therefore includes:
Lady Cassandra Eltham played by Juliet Stevenson, Daphne (Poppy Delevingne) and Nico (Jack Fox) and Raafi (Alex Lanipekun). The regular cast of the show includes:
Irina Clios (played by Lena Olin), her children Christos (played by Dimitri Leonidas) and Adriana (played by Roxanne Duran).

Season 2 of Riviera will air on Sky Atlantic and NOW TV on 23 May.