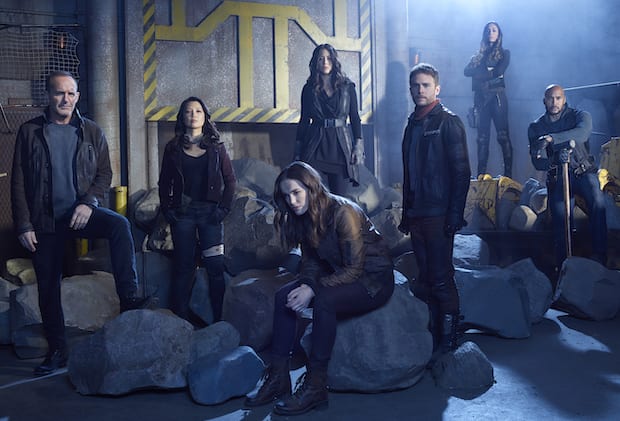 Marvel’s Agents of S.H.I.E.L.D didn’t always have a good beginning, after a tumultuous start, the show has been steady for five seasons now. Both Marvel TV and ABC found a way to build a plot around Agents and thus made it into a recipe for success. Agents of S.H.I.E.L.D. continues to do better than the best. The most impressive thing about S.H.I.E.L.D is its storyline that keeps the fans engaged for years.

In the previous season, we dealt with robots, demons, and time travel. Season 6, main plot is still a mystery. There’s, of course, the perplexing wrinkle of Clark Gregg’s new character Sarge on Earth, Daisy Johnson’s search for Fitz. Credit goes to Simmons who associated Agents of S.H.I.E.L.D.’s story with space.

The rumors concerning Agents of S.H.I.E.L.D show the first looks of Anthony Michael Hall and Sherri Saum. Hall has joined the show for a highly secretive role. Hall and Sherri, the two newcomers, are seen in the roles of Hall playing Mr. Kitson and Saum appearing as Atarah.

Hall’s Mr. Kitson is the ruler of the alien gaming planet; he’s on a lookout for the S.H.I.E.L.D. empire. Atarah, on the other hand, is an aggressive Chronicon who wants to get something out of the agents. That’s the tea that we have on Agents Season 6.