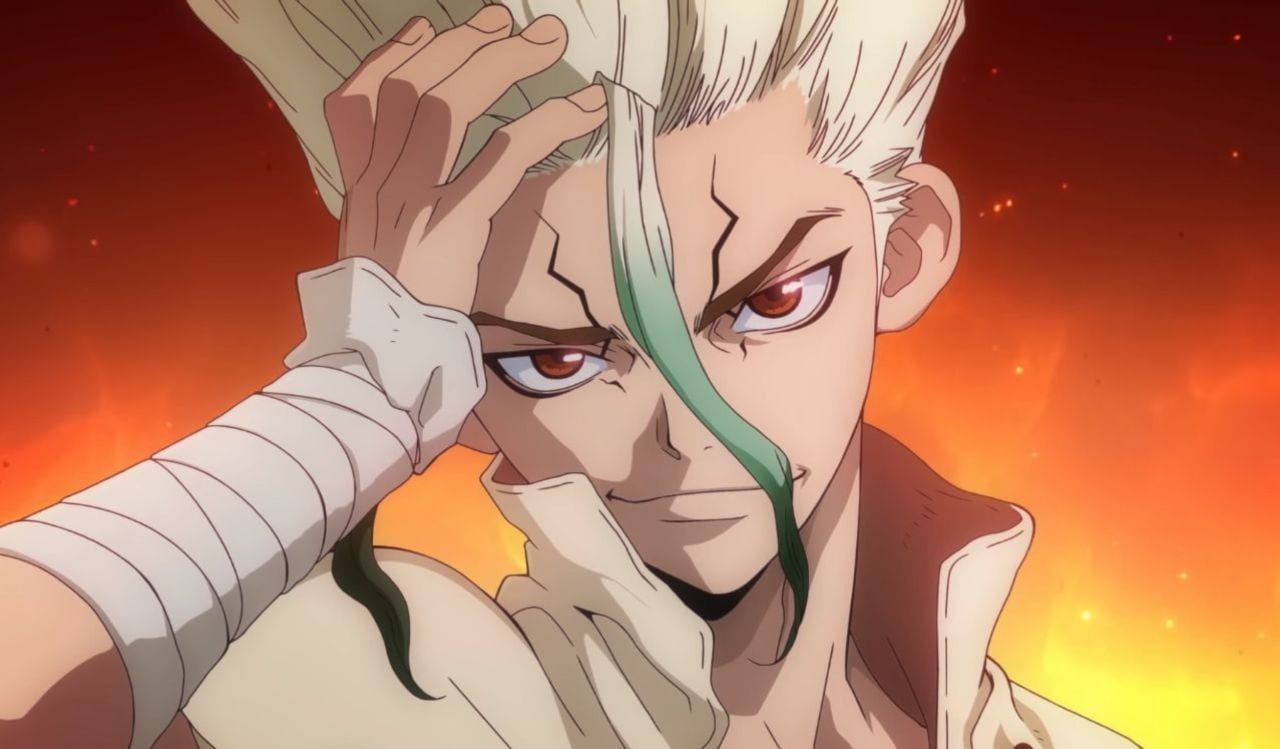 Dr. Stone is one of the most popular shonen manga. Like its fellow compatriot, The Promised Neverland, the manga has been taking steps to promote itself and the best way of promoting a manga is getting an anime adaptation. The Promised Neverland got its adaptation earlier this year and Dr. Stone is set to follow suit. It was confirmed at the Jump Festa that Dr. Stone will be getting an anime. Since then, we have got a few other details.

Let’s start with the most recent of these details. Dr. Stone anime will have a total of 24 episodes. It was confirmed yesterday that the anime is going to be 24 episodes long. This is good news for anime fans as they will get watch a lot of Dr. Stone. The anime is going to premiere some time in July 2019. We don’t have an exact update but, I’m expecting that we will get one soon.

Plot:
The plot of the show follows a boy named Taiju. One day Taiju tells his friend that he is going to confess to Yuzuriha. He has been in love for the last five years. While meeting Yuzuriha things don’t go well. A bright light appears in the sky and turns every human to stone.