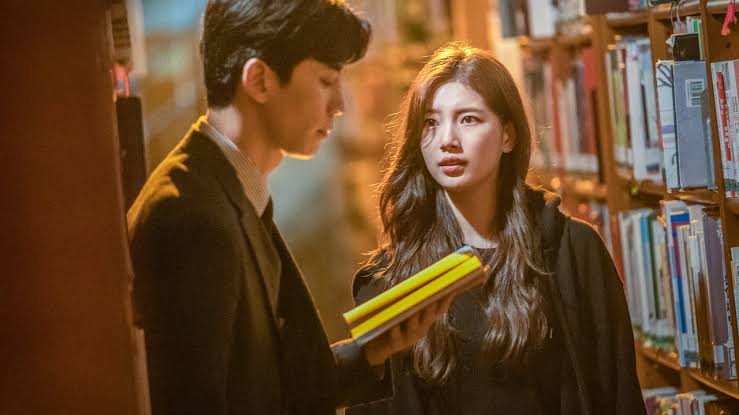 Vagabond is a South Korean TV series that aired on SBS TV from 20 September to 23 November 2019 and it consists of 16 episodes. The plot of the starts when a mysterious plane crash kills over 211 civilians, including Cha Dal-gun’s nephew. Determined to find out the truth behind the accident, Cha Dal-gun embarks on an investigation that leads him to a tangled web of corruption. His life intertwines with Go Hae-ri a covert operative for the National Intelligence Service.

Lee Seung-gi as Cha Dal-gun who is Dal-gun a stuntman whose nephew Hoon was a victim of the B357 plane crash, which involved a ring of terrorists and governmental conspiracies attempting to cover it up. To expose their secrets, Dal-gun teams up with Hae-ri and the NIS to investigate and ultimately get justice. Bae Suzy as Go Hae-ri who is a National Intelligence Service agent that has chosen the life of a civil servant to support her family but ends up becoming a covert operative. Shin Sung-rok as Ki Tae-woong, who is Head of the National Intelligence Agency’s information team.

Has Vagabond Renewed For A Second Season?

Well, as of writing this the show hasn’t been renewed for a second season by the network. But we might hear some news on that pretty soon in my opinion because the show is pretty popular and the rating for the show is good too. These two things are something that all the networks want from the shows.

While the renewal has not been announced, we do know that the show was made with a season 2 in mind. He mentioned that “It was planned and produced with a 2nd season in mind.” “However, season 2 has not been confirmed and it’s currently being reviewed. We are reviewing schedules of the actors, writers, and directors,” he added. Thus, we will be getting another season, but not sure when!

When Will Vagabond Season 2 Release?

If the show is renewed for a second season in the coming months, then we will be getting the second season by the end of 2020. As productions and filming will take time. Nonetheless, we willthis part as we have more information.