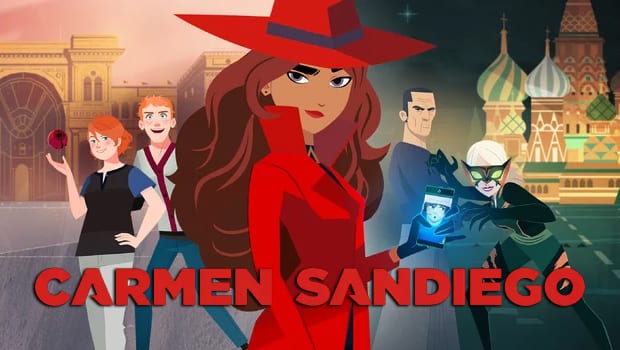 The Gina Rodriguez headlined animated series premiered at the beginning of 2019 and was loved by many. Back in February, we heard the streaming giant had renewed Carmen Sandiego for a Second Season. But what is the progress on that, let’s read on.

The news that Carmen Sandiego was renewed for a second installment was made via the Twitter account of Netflix. Fans were asked to keep their red fedoras warm and to stay tuned for more details. Season 2 wasn’t that big of a surprise as Netflix had initially ordered 20 episodes for Carmen Sandiego. Whilst Season 1 consisted only of 9 episodes, it was pretty evident that Season 2 would air the remaining.

Where in the world is Carmen Sandiego season 2 you ask?

You may or may not call it a renewal, depending upon how you see things at the moment. Back in February, a Netflix spokesman choosing to remain anonymous had said that Carmen Sandiego consisted of 20 episodes, the remaining of which are now marketed as Season 2. Interestingly, Finn Wolfhard from Netflix’s Stranger Things has also lent his voice to the show.

Carmen Sandiego actually began as a series of educational computer games, in 1985. They were known by a different title- “Where in the World Is Carmen Sandiego?”. Little unknown, the games rose to popularity in the 1990s, and an animated series and PBS game shows followed the suit.

As of now, the streamer hasn’t confirmed any specifics on Season 2 of Carmen Sandiego, if things go well, the series should be out by the end of 2019. Alternatively, the streamer may choose not to rush with it, and the remaining batch of episodes may come out in early 2020.