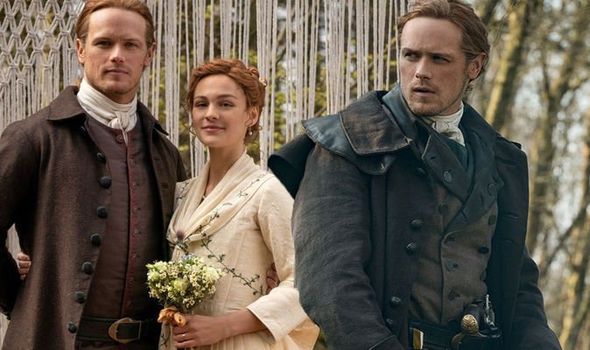 Today we will be talking about Outlander. For those who don’t know Outlander is a historical drama television with a lot of thrill and drama the series based on the novel series with the same name written by Diana Gabaldon. But none of us prefers to read when we have the great series available on Netflix with great cinematography and high-quality graphics. You can binge-watch all the seasons of outlander on Netflix. All of us believe in IMDb ratings and the outlander has also proven there with the ravishing rating of 8.4 on IMDB.

The last season ends on a very suspenseful note where Blackjack Randal after he sexually assaulted and beat Jamie Fraser. Afterwards, Claire and Jamie made a hard decision to depart to France because they were unable to forget what was happened with them on want to have revenge with the English soldier. Yes, you have read it absolutely right, the great with not great intentions the English soldier.

Claire and Jamie try to settle their so-called new normal life in France. Furthermore, they started to try and stop the battle of Culloden from happening, but all of us might know that they can’t. Moreover, the highlander undoubtedly and purposefully remains determined to kill our love Blackjack Randall (played by none other than Tobias Menzies) when he earns the learning that he is still alive in Outlander season 2. It was astounding to know for both Claire and Jamie that Jack was left dead after the highlander was rescued from Wentworth prison but he surprises them both when he gets his hand up right there in the capital Paris.

Claire surprisingly believes him to be an ancestor of her spouse frank Randall from the late last century and requests Jamie not to make him rest in the coffin so that our loved one frank can be born. However, the fans noticed that there was a major timeline error regarding the timeline when claire tells Jamie when he can kill again the great Blackjack Randall and when the so-called great captain actually rest beneath the ground.

The author herself got it astounding well and admitted to forgetting the dates, ages, and a lot more. At times and individuals found it funny that again sometimes the fans questioned the board she frequents for reminders about stuff like that. Not only this but the highly-rated series has many more flaws. For instance, it was mind shaking that claire actually forgot that she knew Jamie’s full name. Reddit users noted that in episode seven, the wedding, Claire was the one who insisted that she was unable to marry the highlander and blah and blah and on the contrary want to protect herself from capture from Blackjack Randall as she doesn’t know his full name.

Sounds annoying. isn’t it? However, if he came back to the earlier episode claire reads the contract of marriage which in terms delineates her own full name by herself and that of her future husband’s also. Binge-watching the season everything seemed to be going absolutely well for both in season 5. But claire’s sexual assault can make things even worse than worse and can be found to be devastating for the duo. The question may be skyrocketed in everyone’s minds that will Jamie be able to guard his wife as she was the one who tries to move on from the attack.

What will you do it you have that situation in your life? Tell us in the comment section below.