Whether you own a pet or not, you must know how hilarious they can be at times. Pets can be annoying and adorable at the same time and that’s what makes us humans adore them.  They are easy to love, from just a companion to a non-separable family member. Their honesty and innocence are something that makes us trust them the most. If you own a pet, it must be a thrilling adventure for you!

Some pets can be lazy and will never leave your bed or couch. Such a pet is Rufus, the couch Kangaroo. This adorable kangaroo has a sweet obsession with the couch. He rarely leaves it and has his spot on it from where he watches TV and cuddles his dad. He sometimes also takes naps there.

Rufus was adopted by an Australian couple when he was a joey of 8-months. Kym Haywood, Rufus’ mother runs the Pumpkin’s Patch Kangaroo Sanctuary in Boston, South Australia. She once said that Rufus was interested in the couch since he was adopted as a Joey.

Rufus is so obsessed with the couch that he spends his whole day there watching TV and cuddling with his parents. He acts like a spoiled lazy child of a rich family. The lazy kangaroo waits every evening at 5:30 at the back door to be let inside so that he can chill out on his sofa. His parents Kym Haywood and his husband Neil always provide him with the best and make sure that he receives good treatment. After accepting his love for the couch the couple decided to give it up for him and bought another for themselves. Not even guests are allowed to sit on Rufus’ sofa.

Rufus is famously known as Couch Kangaroo on social media. In a popular video footage, Rufus is asked to leave the couch as it was bedtime but instead of getting off the sofa, he buried his head in the blanket refusing to leave. Even after bribing him with an almond, he didn’t leave. In another footage, when his mom Kym tries to bribe him with grapes he accepts the grapes and gets back on the sofa refusing to leave. His smart move left the viewers in awe and made his mother give up.

For the couple, Rufus is like their child now. They adore him so much and like to cuddle him. If you were to ask them about their favorite Kangaroo their answer would always be Rufus. He is now 4 years old but still loves the couch the same way. He even pushes his parents when they try to make him leave. His mom said in an interview that Rufus is so different from the rest of the kangaroos that they sometimes call him hum-aroo as most of his habits are like humans. 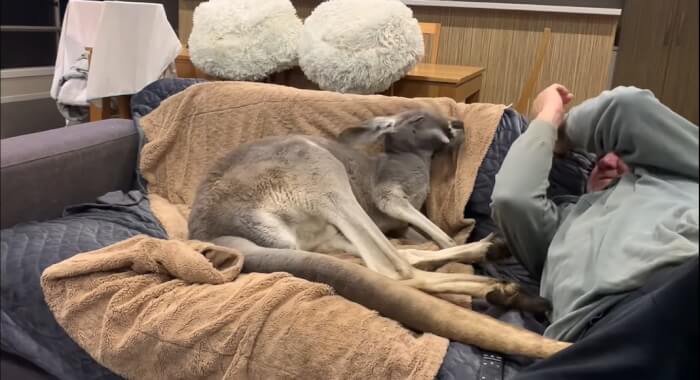 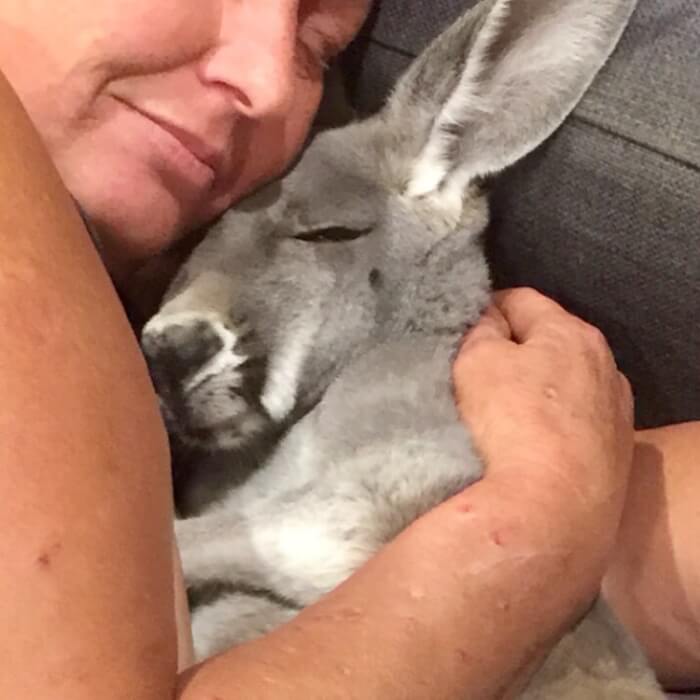 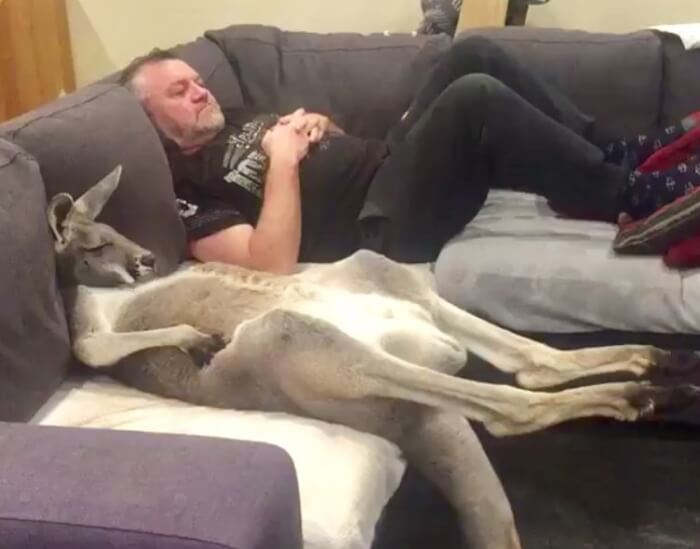 Rufus became an orphan when he was 8 months old. His mother was killed in a car accident and he was found at a vet. The Pumpkin Patch Kangaroo Sanctuary is a non-profit charity in operation since 2017, that is currently looking after 28 rescued kangaroos, 2 wallaroos, and 2 wombats. They all started their new journey in Haywood’s living room.

The sanctuary now runs an online store on its website. However, despite all the media attention and marketing, the sanctuary is still short on funds and is always open for donations.