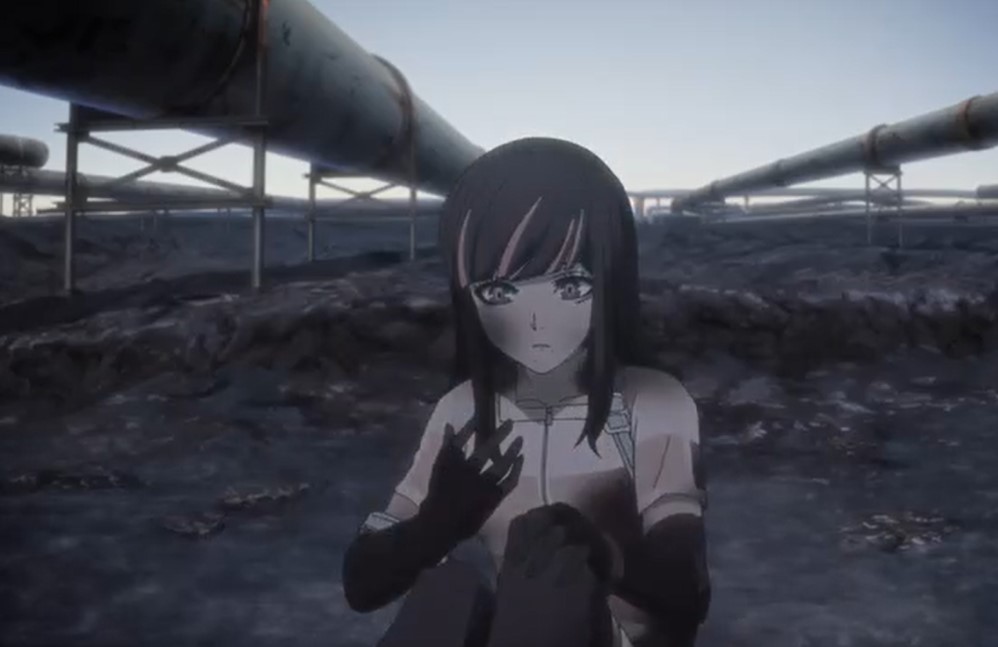 After managing to trick the Executioner’s police officer the boy decided to let Swindler escape to the moon with the girl. He sacrificed himself for their mission to be successful. Inside the rocket Swindler is with the little girl she can’t believe that they are going to the moon. Before the rocket reaches the moon it runs out of fuel and alarms danger.

Swindler pulls the emergency release button and they landed on the Neo Lake Biwa far North Kansai. Swindler wakes up and tries to look for the little girl then she finds her inside the park of the rocket that is destroyed. The little girl is heavily injured. Swindler removes all the metal objects that were on top of the little girl. The little girl’s body regenerated back to normal and Swindler told her that they must escape before the Executioners catches them.

Akudama Drive Episode 9 will be released on Thursday,  3 December, at 9:30 PM JST. Akudama Drive will release a new episode every Thursday make sure to proceed with caution since this post may contain spoiler of the next episode. You watch this Anime officially on AnimeLab. Let’s take a look at the following updates below. 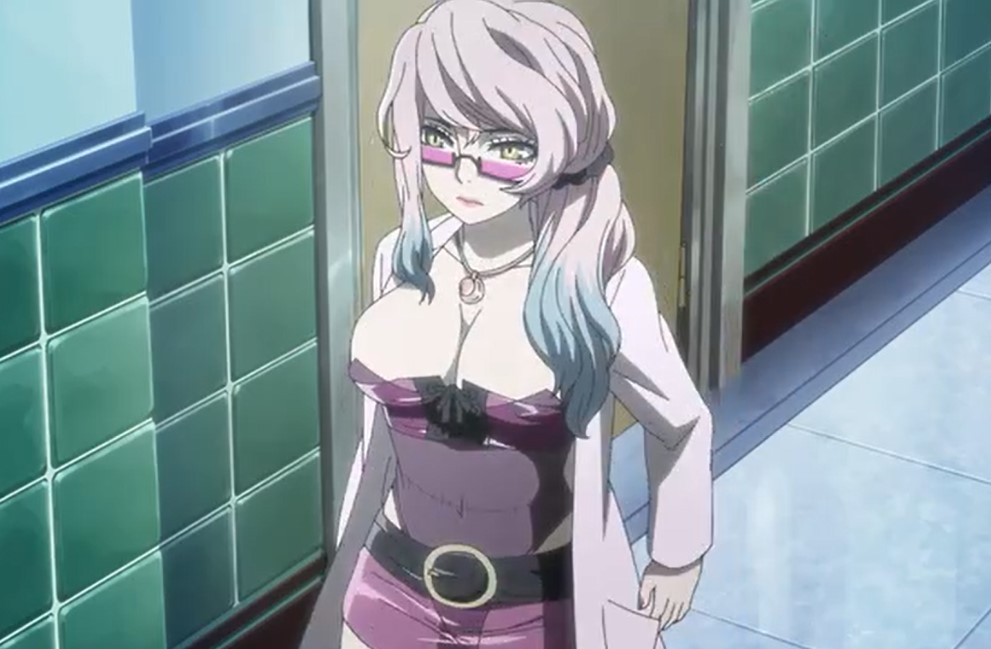 Meanwhile, at the Kansai Special Communication Room, they received the good news about recovering the offering to Kanto. The head of the Executioners has accepted the blame that she has let the Akudama crew escape. The authority told her that she must make sure that she won’t fail next time or she will be punished and every last Akudama must be executed. Meanwhile, Doc thinks that she has found the secret to the Executioner’s immortality.

After taking the specimen Doc killed all the professors inside the lab and left the nurses screaming. Outside Kansai Swindler is worn out she can’t catch up with the little girl and she kept on complaining about hunger. Swindler decided that they must visit her old home and she will get food and water there. At the Executioners Department, the lady Executioner is introduced to her new partner and she refused since the stronger Executer man was taken down by Brawler.

The head of the Executioners told her that whether she likes it or not the Executioners work in pairs. The lady said that she will execute the Akudama on her own. She also said that it is the last words she has promised to her master. Swindler and the little girl have managed to reach Ebisu town and they enjoy eating tokoyaki. Latter on the big screen all crew of the Akuma have been shown to caution the citizens that they are dangerous. Swindler took the little girl and started running away.

For this week that is what the latest updates of Akudama Drive Episode 8 have revealed for us, see you next when the new episode hits.