Last year celebrity-stuffed ritual blood sacrifice and Fellatio-friendly Fyre documentary spoof courtesy(meaning) of Plaza’s Parks and Rec castmate Jim O’Heir left a memorable event on the last 2019 Spirit Awards. This one deserves a sequel like all great independent film performances, stated by the Aubrey Plaza herself.” Bow down to your host!” 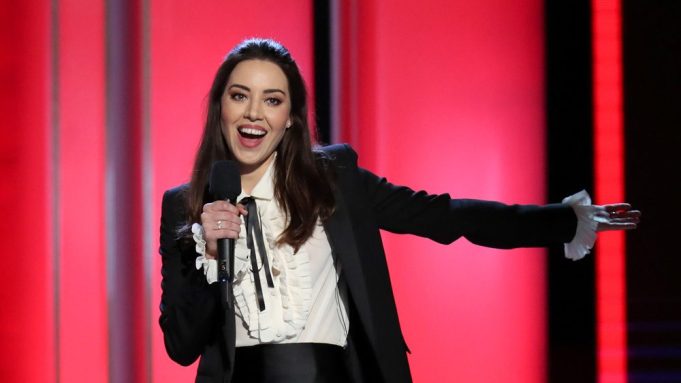 “It was nice that they all agree that Aubrey Plaza is one of the greatest hosts in the history of hosting. Even if the world is divided and civil discourse is almost impossible.” said the Film Independent President Josh Welsh. They are thrilled to have her back. IFC executive director Blake Callaways stated that “Aubrey is back! Last year fear for her hosting duties kept the other award host-less. We are excited to see what She brings this year.”
Aubrey Plaza will be joining former Spirit Awards emcees such as Kumail Nanjiani, Fred Armisen, and Kristen Bell.

The nominees for this year’s Spirit Award were already announced on November 21 by Zazie Beetz and Natasha Lyonne for the 35th annual awards, “A Hidden Life,” “Clemency,” “The Farewell,” “Marriage Story” and “Uncut Gems” as the best feature. The Safdie brothers “Uncut Gems” and Robert Eggers’ “The Lighthouse,” led the pack of all nominated films with five nominations.

The Film Independent Spirit Awards will be held on February 8 at 2:00 pm PT / 5:00 pm ET. The ceremony will be held on the beach in Santa Monica, which will air live on IFC.