In this post, we are going to talk about Escape At Dannemora season 1 episode 6 where to watch, and spoilers. So, the title of the show finally justified as the last episode was all about the escape. David has been planning the escape since the show started, and although only five episodes are done, it seemed like forever.

Nonetheless, David finally discovered an escape route in the last episode, and we have to admit that the escape shots were outstanding. However, nobody expected that Tilly would get panicked and end up in hospital. Also, David and Matt executed the escape but they were not enjoying, and both of them were confused whether they should go back or not. So, let’s talk more about the upcoming episode ahead! 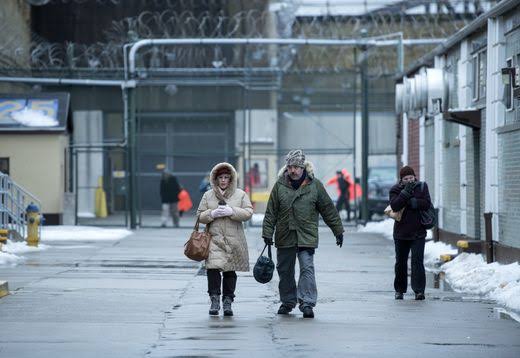 The show is into its debut season, and it has completed five episodes, and the sixth episode is due this week. The sixth episode of Escape At Dannemora season 1 is projected to release on 24 December 2018. The show is broadcasted on Showtime channel at 10 PM every Sunday.

The show is available to be streamed online using Showtime app, which provides online streaming to all of its shows by logging in using cable TV details. Furthermore, there are several online streaming service providers such as Hulu, Roku where viewers can watch the show by streaming Showtime at the mentioned time.

The next episode will be interesting to see as we will know what David and Matt do. Whether they will go back to prison or they will run away. Additionally, what Tilly will feel when she will go back to jail from the hospital, will she be upset that she could not go out or she would be worried for David and Matt? A lot of questions are there, and the answers will only be available in the next episode. Take a look at the trailer below for more details!