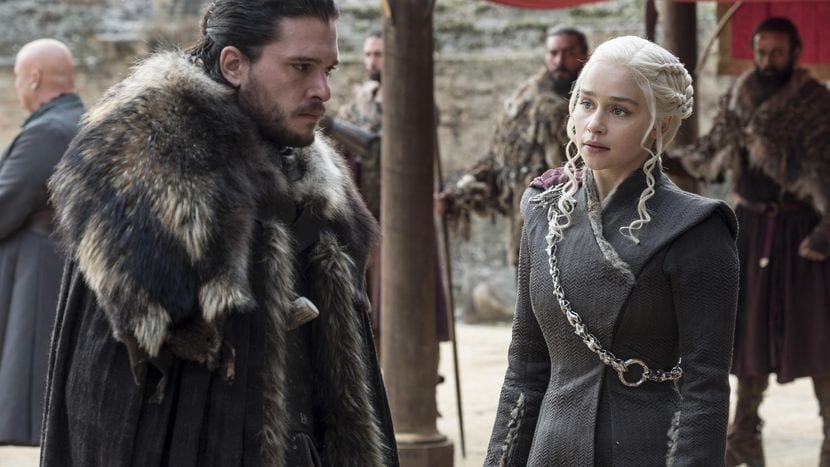 What could better news have the new year begun with? Just as Sunday finally arrived, fans of the TV show which now has become a cult were seen screaming in Winter is officially going to be here on April 14, 2019. The news was announced via different accounts of Game of Thrones vis Twitter, Instagram, etc. Here see it yourself:

Season 8 is going to consist of 6 episodes which are reported as long as 120 minutes. The official teaser is called “Crypts of Winterfell” which shows the remaining Stark children, Jon Sansa and Arya looking at figures of their parents. Let’s face it; Bran isn’t a human anymore. He’s the White-Eyed Raven or what conspiracy theories call The Night King.

The three stark children are walking with a flame torch in their hands, looking at the dead and in the background they hear Catelyn Stark’s voice, Ned Stark’s voice and we hear Lyanna Stark too. Lyanna Stark is Ned Stark’s sister and the mother Jon Snow who wed Rhaegar Targaryen in a secret ceremony. So as the video progress, we see an icy threat loom over Winterfell.

It was in August 2017 that Season 7 of Game of Thrones aired. Since then Dan and David have us thinking and wondering when Season 8 was coming. Needless to mention here that hit fantasy show Game of Thrones is based on the A Song of Ice and Fire books by George R.R. Martin.

Due credits for Season 8 go to David Benioff and D.B. Weiss the creators. David Nutter and Miguel Sapochnik who have directed major episodes in the past will direct episodes along with D&D. Benioff, Weiss, Bryan Cogman and Dave Hill have written the script. We can’t wait for April 14, 2019, can you?