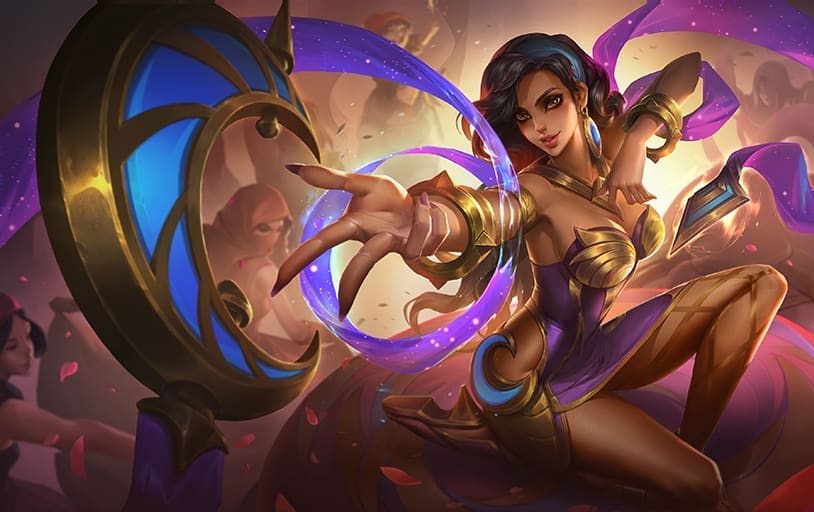 Mobile Legends will have a brand new hero joining its roster, and the new hero is none other than Esmeralda. Esmeralda is coming to the Advanced Server as a free hero. She is unavailable for purchasing. We know a fair bit about her abilities. Esmeralda’s Starmoon power allows her to ignore any shield completely.

Skill 1 – [Frostmoon Shield]. While using this skill, Esmeralda makes a shield for herself, and it increases the speed of her movement. Also, she transforms the shields of the nearby enemies in her own shield.

Skill 2 – [Stardust Dance]. Esmeralda waves Stardust and Frostmoon, and she deals damage twice to enemies who are nearby when you deal damage to the enemies, the cooldown of the Frostmoon Shield.

Ultimate – [Falling Starmoon]. She stucks together the power of astrospace into Stardust and Frostmoon. The longer the duration lasts, the greater will be the power. Use the skill once again to cast the Stardust to the chosen location, and it deals Physical Damage. After dealing the damage, Esmeralda sends herself to the designated location to cast Frostmoon and deals Magical Damage.

Passive – [Starmoon Casket]. Esmeralda needs the energy of Statmoon Cssket in order to manipulate Stardust and Frostmoon. Her basic attacks deal damage twice. The Stardust deals physical damage and the Frostmoon reals magic damage and also gives a shield. The damage which is dealt with by Esmeralda will ignore all shield effects, and her own shield is transformed into her HP.

There is a lot of new stuff in the patch so look forward to it. Here is the other stuff that is going to be available—
1. Revamped heroes – Chang’e, Belerick, Uranus, Kaja, Diggie, Yi Sun-shin, Estes, Nana, Rafaela.
2. New hero [Astrologer] – [Esmeralda] will arrive in the Land of Dawn on April 2nd!
3. Added new feature – [Face-to-Face Team up].
4. Limited-time access to the KOF Bingo event!
5. Optimized the battlefield Voice Chat.