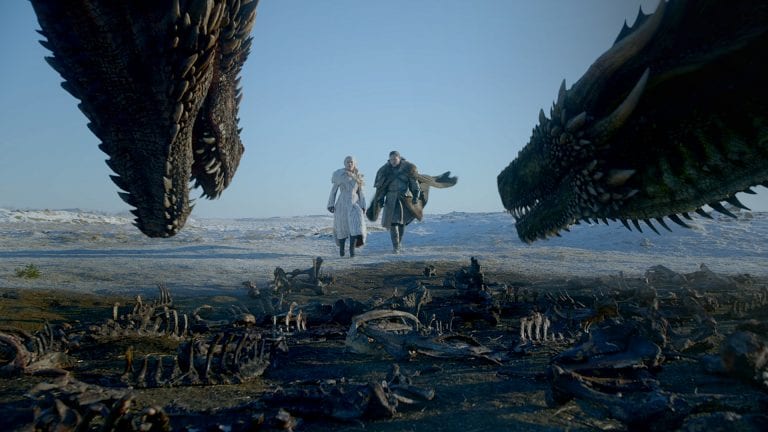 Game of Thrones Season 8 is just nine days from today, and the two-year wait of the fans is finally going to be rewarded soon enough. The show has made us wait longer for the final season because most of the season takes place in winter and so filming had to begin later than usual.

Either way, we’re happy that the show is finally going to return, and in this post, we’ll be discussing the spoilers to Game of Thrones Season 8 Episode 1. Yes, if you don’t know already, the first episode’s leaks are out and believe me when I say the episode is every bit as good as you thought it would be and more.

Before we begin, I want to let you all know that this post contains legit spoilers from the first episode of Game of Thrones Season 8. In this post, you’re likely to run into stuff that you wouldn’t want to know if you don’t like spoilers.

If you hate being spoiled, I suggest that you stop reading the post here. However, if spoilers don’t bother you, we can get started. Also, note that we did not create the spoilers or leaked them. They’re available all over the internet.

Moving on to the actual leaks, there are lots of things happening in the first episode of the show. It can safely be said that the show will open with a bang.

Game of Thrones Season 8 will begin with nearly every force in the Seven Kingdoms arriving at Winterfell. Daenerys has her army. Jon is with him. Jaime is on his way to Winterfell, and the Lannisters are supposedly going to come too. Varys and Tyrion arrive via a cart, while Jon and the rest have a different means of transportation.

The Lords of the North don’t like the fact that Jon had given merely over the kingdom over to Daenerys. However, he insists that they need more men. They don’t understand this, however. Sansa and Dany are cold to each other. On top of handing over the control to Daenerys, the Northern lords aren’t happy with Jon inviting the Lannisters over. Sansa and Jon have a big argument, but Jon says they need all the help that they can get.

King’s Landing also sees a lot of action in the first episode. Cersei wants to see her enemies kill each other and when she’s told that the Night King has crossed the Wall and is now heading towards Winterfell, she is delighted. Euron comes along with the Golden Company.

There are no elephants, which does anger Cersei, but it’s all okay as they soon get intimate with each other. Meanwhile, Theon enters the fray and saves his sister Yara. Together, they’re now heading North to help Jon.

In the North, we see Jon reuniting with Bran and later Arya. There is a lot of nostalgia in these few moments, but Jon maintains that the threat they face will wipe everything out if they lose. Later, Jon talks to Dany while she visits her Dragons. Surprisingly, he is asked to ride Rhaegal, and he does so without much trouble.

Sam talks to Bran, and he’s told to let Jon know about who he is. Deciding not to waste any more precious time, Jon is made known about this secret in the crypts of Winterfell, and he is every bit as shocked as we were.

Meanwhile, at Castle Black, Tormund and Beric arrive and tell Ed that the Wall has fallen. Ed knows and points out some weird carvings on the Wall from the moment when the Wall fell. They want to let the seven kingdoms know, but then suddenly the Night King arrives at Castle Black. That’s where the episode ends, and boy is the ending chilling! These spoilers are legit, but you can decide for yourself whether you want to believe them or not — Game of Thrones Season 8 Episode 1 airs on April 14, 2019.