Hushed exchanges are passed among the female students of Shinyo Academy. Mostly, they center around an enigmatic supernatural entity. That entity is Boogiepop who is supposed to be shinigami. Boogiepop is rumored to murder people at the height of their beauty before their allure wanes.

In truth, few know of his true nature. Between periods of dormancy, a guardian manifests as the alter ego of a high school girl. Touka Miyashita becomes Boogiepop to fend off ‘the enemies of humanity.’ Now, a lot of girls are disappearing from Shinyo Academy. This string of mysterious disappearances has shaken the city to its core. Strangely enough, these incidents have caused Boogiepop to awaken. But somewhere in the academy, a menacing creature hides. It awaits its prey, and a moment to strike.

Boogiepop wa Warawanai (2019) is an anime that focuses on the complexity of human nature. It is full of a mysterious plot, interesting characters, and their largely intertwined exchanges. Great animation and a brilliant soundtrack accompany all these elements.

Here’s what we think of Boogiepoop wa Warawanai (2019):

The animation of Boogiepop wa Warawanai (2019) gives a similar feel to that of ‘Parasyte: The Maxim.’ The overall animation is great, including character design and sceneries. The occasional jump-scares are perfectly in synch with the messy timeline of the series. The credit, of course, goes to studio Madhouse. 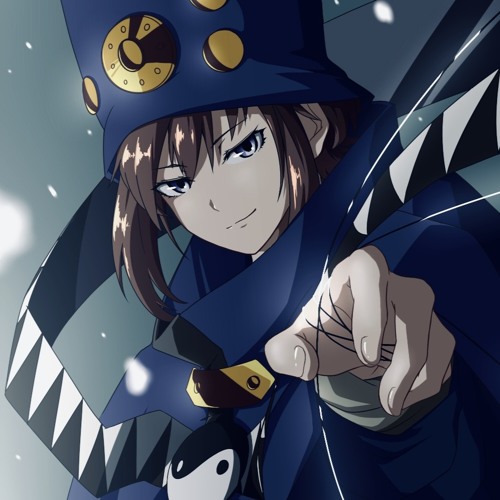 Boogiepop, though the main character, doesn’t make an appearance until it’s necessary. Boogiepop is introduced both as a supernatural being and a split personality of Touka Miyashita. The plot doesn’t solely revolve around her. Nagi Kirima is yet another cool character in the series. Nagi has the best background, development, and fight scenes in the series. She is strong-willed and doesn’t yield no matter what she faces.

Kei Niitoki, Kazuko Suema are interesting supporting characters. Kei comes to terms with the ambiguity in herself. Kazuko, on the other hand, stays the intelligent and observant character she is. Besides these, there are artificially created humans that test humanity from time to time. ‘Echoes’ is one more supernatural being whose task is to judge humanity.

Surprisingly, Boogiepop wa Warawanai (2019) managed to give us four beautiful arcs within 18 episodes. The slow-paced anime has a twisted timeline and an even more twisted philosophy. The series mainly revolves around the idea of ‘Evolution of Humanity.’ Right from the first episode, the series questions the nature of human evolution. Is there any possibility of further evolution? If there is, what direction will it go? Can its flow be controlled? What if there is no possibility, to begin with? If so, is the current state of humanity satisfactory? Have we scientifically evolved so much that we forgot our human nature?

The series portrays this through the mysterious Towa Organisation, which has managed to escape laws. Further, the organization is even capable of controlling the economy. They create dangerous situations to find answers to these questions.

You may need to re-watch a few episodes to understand the series fully. One must not push this mind-blowing series under the rug of ‘confusion.’ To conclude, Boogiepop wa Warawanai (2019) is a slow burn. It is a complex anime that is definitely worth your time.