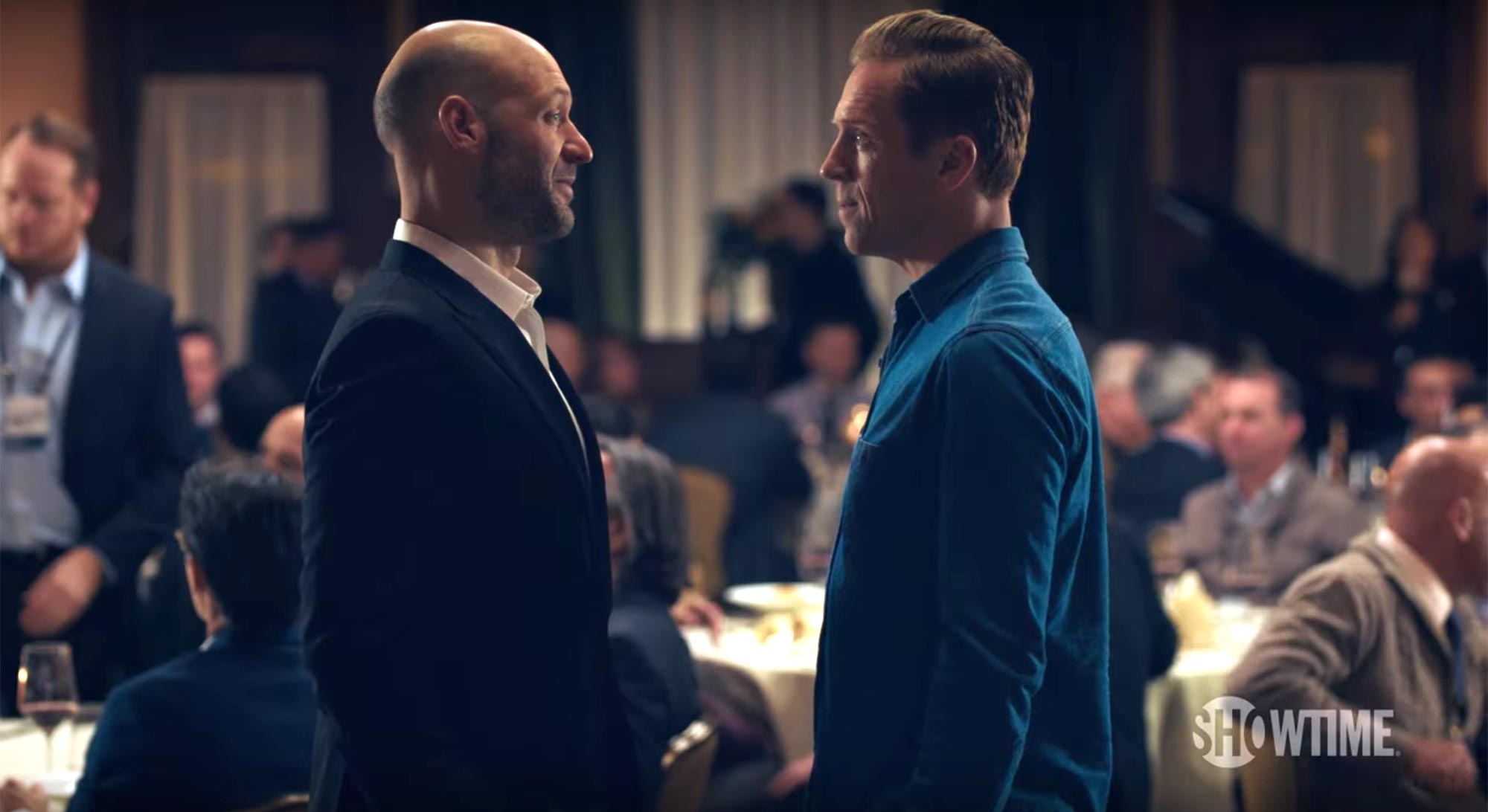 Billions Season 5 is a sequel of series titled ‘Billions’ which airs on Showtime. As we all remember Bobby Axelrod versus Chuck Rhoades is where we left off in the last season of Billions. Chuck was hellbent on destroying Bobby’s corruption empire –while taking the occasional break for some sort of sadomasochism in each aspect of his life, not just the bedroom–. After all, the Andrew Ross Sorkin drama of the corruption rings of the South District of New York –home to the world’s most extensive prosecution office of financial crimes– goes on for a fifth season. Everybody’s neck is out there. And the financial crime drama by Showtime explaining the real-life cat-and-mouse game hunt by Preet Bharara of Steve Cohen, a hedge fund manager.

Wendy Rhoades’ story arc needs improvement after season 4, Taylor remains a mystery, Mike Prince is on the hunt, Chuck swings in, Wags is always up to something and clock keeps ticking.

Billions Season 5 Episode 1 will be released on May 3, 2020 –Sunday primetime– at 9 PM ET/PT Standard Time, at sixty minutes an episode. Billions are the best production Showtime has to offer the public for this season. Followers of the series–business managers & attorneys– love the crime-drama genre, and this series portrays the crude reality that people in those stressful positions have to deal with.

The reader –surely a “Billions” seasoned fan– can start watching this season in Showtime & it’s official partners –of the Hulu & Roku variety. We encourage the reader to return to this website to remain up to date on everything related to Showtime’s hit series “Billions.”

Taylor is also back in business. Let’s get back to Bobby Axelrod, his company Axe Capital faces financial destabilization –the price of corruption–and that’s when Mike Prince, –Axe’s real enemy–steps in to take over Bobby’s place in the financial markets.