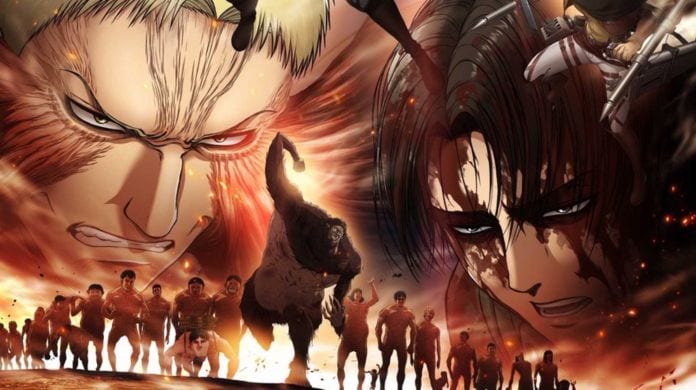 Attack on Titan is one of the most popular anime out there, and it has made a lot of fans over the last few years. There was news by Funimation that will be delaying Attack on Titan. The season three was supposed to be delayed in its simulcast from Sunday releases to Wednesdays. Funimation previously said “We’ve received an update from the Attack on Titan licensor. Starting 5/26, new sub episodes will be available on Funimation Now every Sunday at 8:45 pm CT”. In the original press release, they said that season 3 Part 2 sub would be delayed from Sundays at 1:35 pm ET to Wednesdays at 9:00 am ET starting with Episode 54.

It was supposed to launch on 5/29 for Funimation, Hulu, Crunchyroll and all other sublicensees around the world. The reason behind this was because for Two weeks the most recent episodes of Attack on Titan has been leaked by sublicensees in two different territories before Japan’s broadcast. But recently Funimation told that these changes wouldn’t be happening as Attack on Titan licensor told that starting 5/26, new sub episodes will be available on FunimationNow every Sunday at 8:45 pm CT. They have now changed the time of the release from 1:35 pm ET to 8:45 pm CT.