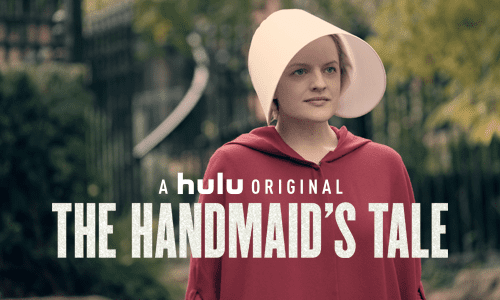 The UN has affiliated with Handmaid’s Tale as a part of the UN’s Creative Community Outreach Initiative. Andi Gitow, a consultant on the show and a UN staffer, says it is an aim to depict real conflicts and real struggles, much like the ones seen in Gilead.

We live in strange times, and despite it claiming to be a dystopian series, The Handmaid’s Tale often feels oh so real. Hulu’s The Handmaid’s Tale has created some stir since it first aired in 2017. It just so happens to feel too real, dealing with multiple present-day issues.

For those of you unaware, The Handmaid’s Tale is based on Margaret Atwood’s 1985 novel by the same name. It has won multiple Emmy awards and been nominated for multiple others. We see Elizabeth Moss in the role of June/Offred, a captive woman in Gilead. She’s been an editor, in her previous life and she’s fighting tooth and nail to survive and bring an end to Gilead, this season.

Gilead is created by a bunch of Christian militant goons, it is totalitarian in structure, and he replaced what was once America. June plays a handmaid who’s sole purpose is to bear children for Commanders and their barren wives. She is joined by fellow handmaid captives. Gilead is also famous for fanatical decrees and laws such as those of public executions, dismemberments and other such forms of psychological torture.

Commander Waterford (Joseph Fiennes) and his wife Serena (Yvonne Strahovski) are the center base of The Handmaid’s Tale. They play abusers and hold powerful positions without the structure of Gilead. Captives also include Emily (Alexis Bledel), who also plays a Handmaid.

Alexis Bledel, who escaped Gilead the previous season along with June’s baby, is the center of attention in the series currently. So far, she’s been having a hard time adjusting to life in Canada, where she sought asylum. She’s been battling PTSD, she also became a victim of Female Genital Mutilation in the show, after her gay partner was executed.

UN executive producer Andi Gitow has been involved in The Handmaid’s Tale. She serves as a key consultant on the show. She spoke about the above mentioned FGM, that was carried out in season 1 and how the subject matter was treated with sensitivity. Andi wanted to tell the story together with Bruce Miller (the creator), in a way people could understand, but more importantly, that could respect the reality. Andi speaks of hundreds and thousands of people who have had the same harrowing experiences as Emily in the show. She states the figure to be a million, she says a million people is a statistic, and one person is a tragedy.