The latest development of Diamond no Ace Act II: Seidou has runners on the corners, at 3rd is Kanemaru while Shirasu is on 1st. With 2 outs Miyuki stepped in as the 4th batter he hits the ball and sends it to the center the runner from third comes back home and increases the score gap to 5 runs. Miyuki thinks of smashing pitchers’ winning shot. The fans praise the pitcher that it is located pretty well and a bit too high.

In this post, we are going to talk about the Diamond no Ace Act II Chapter 217 a recap of the last chapter. Make sure you proceed with cation this post might contain spoilers of the next chapters. 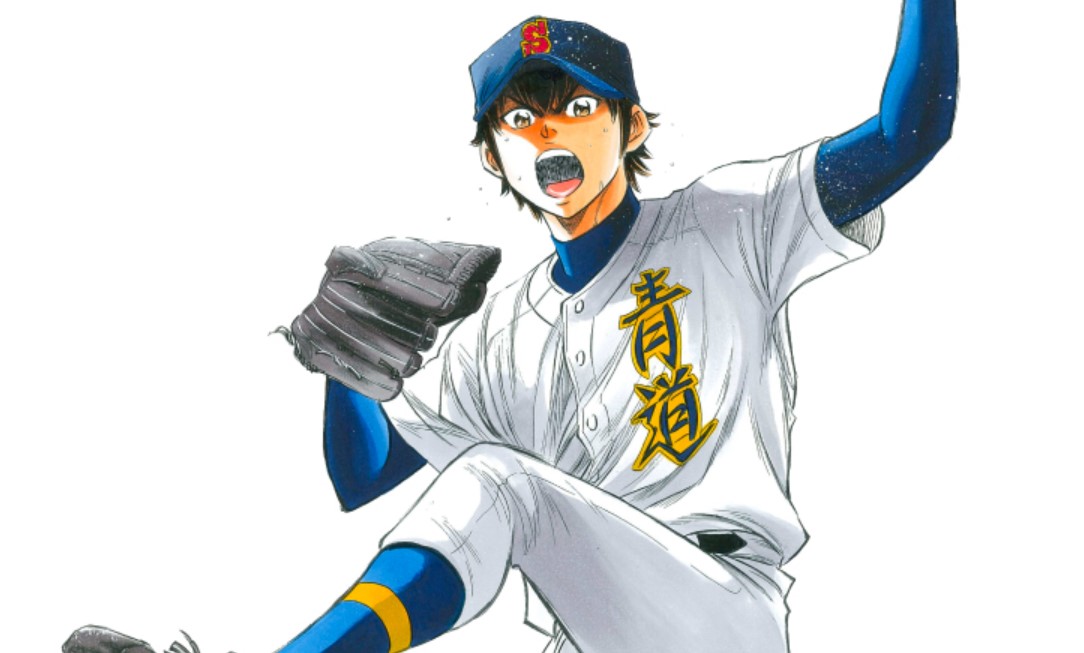 The opponents think that it’s better to stop them now in the 8th Kikunaga 1st baseman of Sousei manage to move to the second. Nagra is up to bat and hits a full power fastball Furuya run with the speed of 145kmph with 8 innings, 1 run, and 113 pitches with 6 hits. His pitching is improved after his slump hit in spring At the bottom of 8  Sousei’s coaching unit manages to make a move with 1 out after a walk on 4 balls.

Nagra is positioned to the center field and Tokoro took the mound then Seidou decided to send in a pinch hitter Yui to replace. Yui made the first pitch of 1 out with runners on the 1st the ball made it through the gap between right and center widening the score to 6 runs. The players on the bench praise his effort as he is Seidou’s ultimate weapon.  Yu is happy that players are giving him confidence by praising him.

In the 9th Nori make a nice pitch that leads to 2 outs other players shout at Nori not to rush he better attack slow and steady. Seidou sends in Kawakami. Asou was also sent into LF to take Masashi place Yui only bat but he didn’t play LF as Seidou subbed in Asou to make a strong defense. Gotti is up to bat he is expected to show his best the game still continues and it is set for the quarterfinal of the wheat Tokyo tournament. The chapter is on break next week will return next month keep in touch.

Where To Read Diamond no Ace Act II Chapter 217 Online?