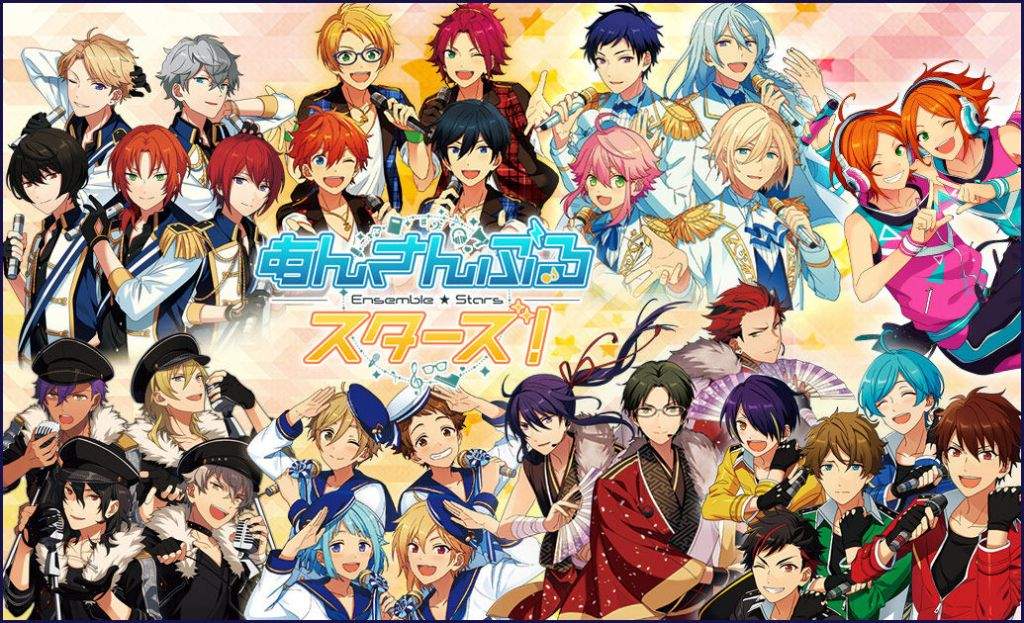 Ensemble Stars plot starts with a warm welcome to Yumenosaki Academy; this is an art school which aims to prepare tomorrow’s actors, singers, and famous idols and helps them take their first steps towards glory. This anime revolves around a new student Anzu who is later introduced to Makoto, Subaru, Hokuto, and Mao, four students of the Idol School, who she’ll be operating with jointly as the first member of Yumenosaki’s new producer program.

But Anzu’s first day takes an unforeseen twist when she’s head to an improvised Dream Idol Festival, a contest among idols that is quickly broken up by the school’s stifling student council. Together with her new friends, Anzu may thoroughly shake the grip of that student council, and lead a new revolution in idoldom.

Ensemble Stars first episode didn’t get a fantastic response from the reviewers from ANN as it scores an average of 2 out of 5 stars in their review. As we all know adapting mobile games into anime is forever a tricky possibility, because not only they are mobile games and are generally not structured in such a way to describe a coherent story, but the adaptations themselves are often bound by requirements that don’t result in compelling storytelling.

Ensemble Stars Episode 2 will air on July 14, 2019, fans can watch episode 2 online on FUNimation and Tokyo MX at 10:30 p.m. BS11, Sun TV, TV Aichi, KBS Kyoto, will also run the anime. The franchise will also include manga series, CDs, and upcoming novel. A new beat game will be released in the second half of 2019 under the title Ensemble Stars!