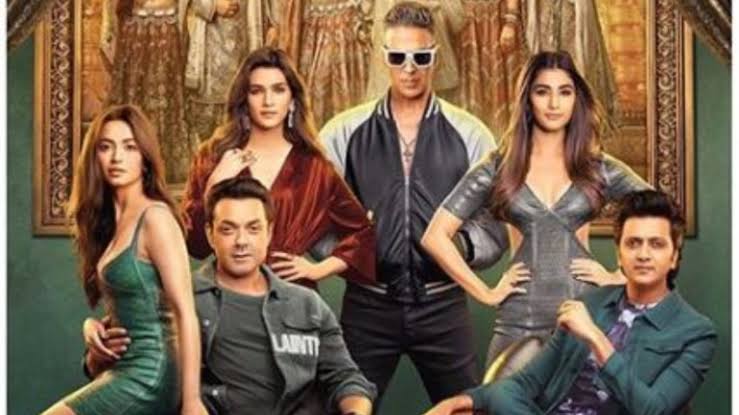 The trailer of Housefull 4 was recently revealed and it starring Akshay Kumar, Riteish Deshmukh, Bobby Deol, Kriti Sanon, Kriti Kharbanda and Pooja Hegde. In this movie, we will see a story of reincarnation where the above-mentioned cast members first fell in love in 1419. In the present, Akshay Kumar’s character gets reminded of his ‘Purana Janam’ and wants to set things right.

This is something that we have seen before and the audience will still like this kind of comedy. Just like this movie, Total Dhamaal released this year and made some great amount of numbers at the box office. Even tho critics can find many things that are bad about these kind of movies very easily.

The female characters are pretty good and get a little bit of the screen time in the movie. Moreover, Housefull 4 stars Chunky Panday reprising his Housefull character Akhri Pasta and there is a glimpse of Nawazuddin Siddiqui who seems to be spoofing his Sacred Games character. This film as be directed by Farhad Samji who was brought in after Sajid Khan was asked to step down amid sexual harassment allegations leveled against him.

Housefull 4 will be Releasing in October of This Year

In the trailer, we see a place called Sitamgarh where the yesteryears’ characters lived their past lives. We then see his (Akshay’s) present character suddenly reminiscing all the events, and begins a journey to find his bride Kriti Sanon aka Madhu. Moreover, he then tells Riteish and Bobby’s present characters to find their true love – Kriti Kharbanda and Pooja Hedge. Furthermore, this trailer has some reference from ‘Padmaavat’, ‘Bajirao Mastani’, ‘Bahubali’,’Kick’ and ‘No Entry’. As for the update, Housefull 4 will be releasing on 25 October 2019.