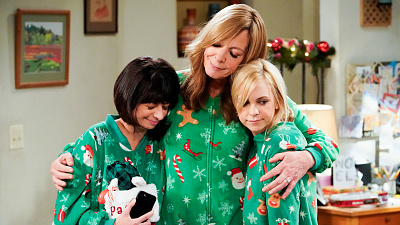 In this post, we are going to talk about Mom season 7 episode 11 time, preview, and spoilers. As we know that the show is currently into its winter break, but it is supposed to return this week. So, we will discuss further details ahead, although it will be full of spoilers, so proceed with caution.

The show is currently ten episodes deep into its seventh season, and the eleventh episode is due this week. The eleventh episode of Mon season 7 is supposed to release on 9 January 2020, although the last episode before winter break was released on 12 December 2019. The previous episode was titled Higgledy-Piggledy and a Cat Show, and the upcoming episode is titled ‘One Tiny Incision and a Coffin Dress.’

There is no promo available for the upcoming episode, however, we do have a season preview which you can watch below!

The show is broadcasted on the CBS channel at 9 PM every Thursday, and the upcoming episode is supposed to drop today. The show can also be streamed online on the CBS app and its website. Moreover, you can stream the show by watching CBS on Hulu and Roku online as well!

What is the show Mom about?

Christy, a newly sober single mother, attempts to pull her life together by avoiding alcohol. However, when her estranged mother walks into her life, she has to deal with her eccentricities. The show is created by Chuck Lorre, Eddie Gorodetsky, and Gemma Baker, and it falls under comedy genre. The show has an average runtime of 25 minutes and has a 4.41/5 star rating from 97 reviews.