Top 10 Anime Supporting Characters that were Better than the Protagonist

Most of us start watching a series due to its interesting plotline, or when we seem to like the protagonist of the series, around whom most of the story revolves. What if the one whom we want to see more on the screen is not the lead protagonist but a side supporting character? Isn’t it very annoying as well as engaging at the same time? That is when we get more invested. Those characters are being admired because of their coolness, attractiveness, backstory, or the development they go through throughout the show. Let’s rank the top ten supporting characters, who have received more love and support from the fans, than the main leads.

The anime revolves around a deadly royal battle, known as the Diary Game, between twelve different individuals, who are provided with special kind of diaries known as ‘Future Diaries,’ capable or predicting the future. The diaries have been given by the God of Time and Space, Deus Ex Machina. It is a phycological mystery thriller anime featuring the adventures of a 14-year-old daydreaming loner, Yukiteru Amano, who unwillingly gets thrown into a complicated murder mystery. 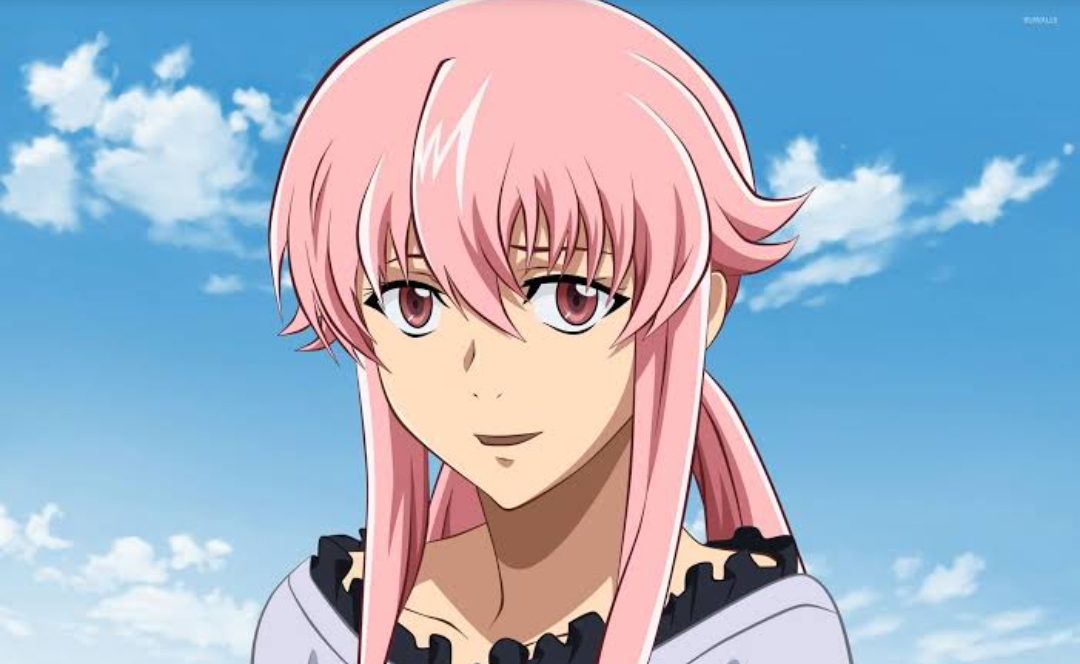 However, the one character whom people recall while talking about ‘Future Diary’ is not the lead protagonist, Yukiteru Amano, but the heroine of the series, Yuno Gasai, who has even been elected as the most famous character of the show by the loyal viewers. On the surface, she seems to be a perfect model student but is a psychopathic yandere in reality, who is almost obsessed with Yukiteru, and can kill others without any hesitation in order to protect him.

I think you would agree as well that Saber deserves a position on this list, considering how famous of a character she is, even though she is not the protagonist. As a notable figure of the Fate series, Saber has made appearances on multiple occasions, including Fate stay/night and Fate stay. She has been a part of several wars including the fourth and the fifth holy grail war and worked under multiple masters which include Rin Tohsaka as well as Kiritsugu Emiya and Shirou Emiya, during her journey. Saber is one of the most powerful and agile warriors in the series, who is loyal, reserved as well as independent. On the surface, she appears to be cold emotionally but in reality, she has good control over her emotions that may divert her from her goals. 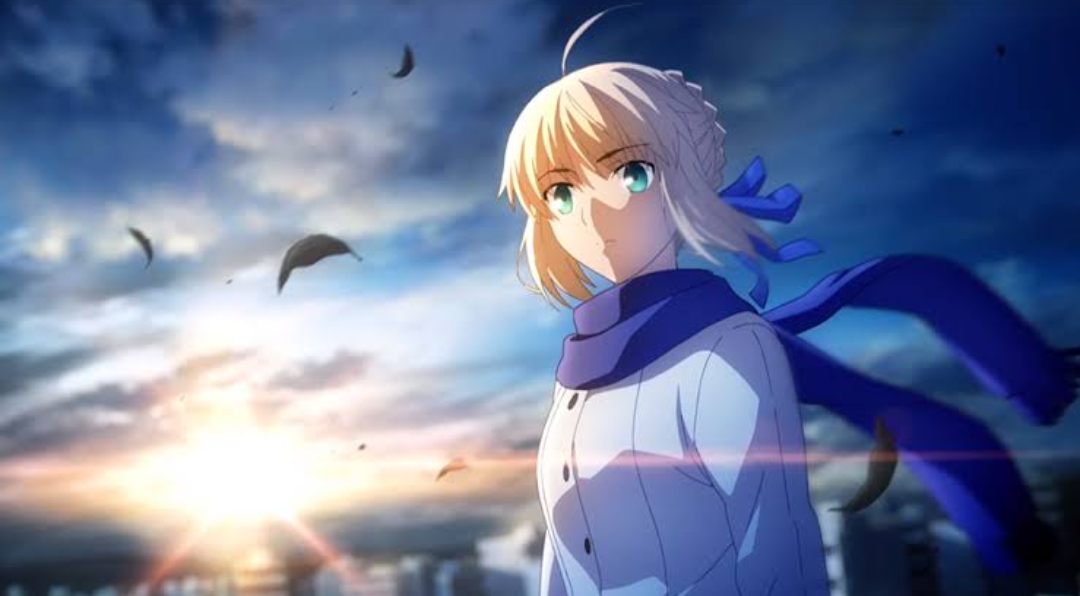 As for the series, it is about Shirou Emiya, a young mage who turns into a warrior in the battle of Holy Grail War. Shirou befriends a heroine through each route, confronting other mages participating in the war. The game and manga versions of this series are also available for you to check out.

Set in a universe where the whole of humanity has been carried to endangerment by giant beasts known as klaxosaurs, the story follows Hiro and Zero Two, who set out on a journey to protect the world from the invading aliens by fending them off. Darling And The Franxx is a romantic mecha series, available to watch on Crunchyroll with English subtitles. 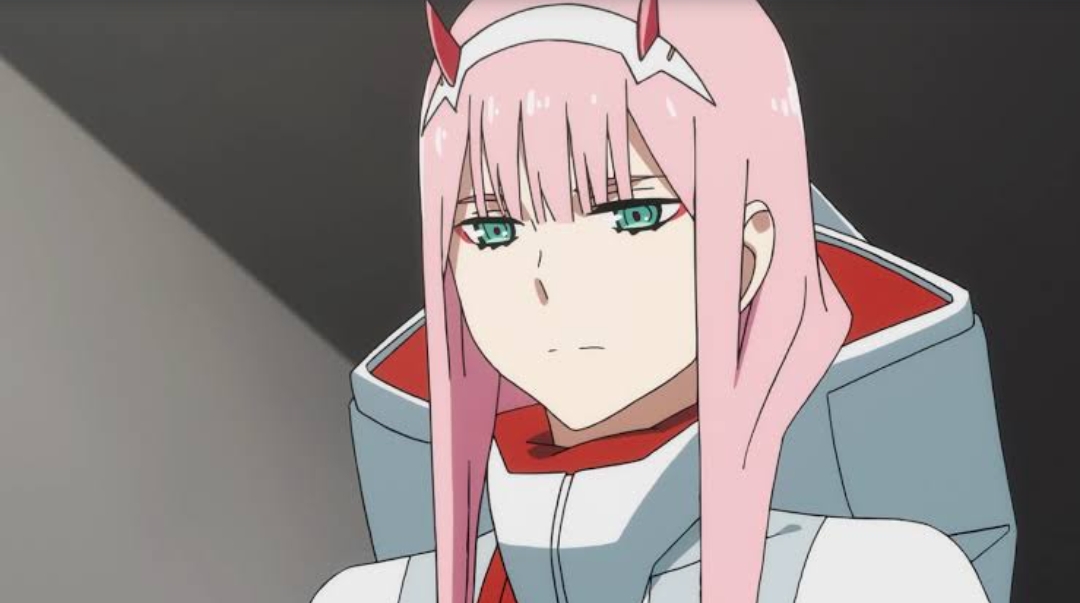 Although the lead protagonist of the series is an amazing character, the one who rose to be the prominent character, as well as the icon of the series, is Zero Two. She is an artificially-created life form, aspiring to be a complete human. With an infamous reputation of being the ‘Partner Killer,’ Zero Two is an elite pilot. The word ‘darling’ in the title of the show has been based on the word she uses to address the protagonist, Hiro. The overall personality of Zero Two amazes the fans and the critics alike, and there’s no doubt why she emerged as one of the main factors for the show to become a hit.

After waiting for four years, the fans of Re:Zero − Starting Life in Another World finally got treated with the second season of the series last year in 2020. The story revolves around a hikikomori named Subaru Natsuki, who, all of a sudden, discovers himself relocated to a different world while going back home from a convenience store. He gains the power to turn back time every time after he dies but has to undergo that pain inflicted on him during that time. All the memories remain restored to him, which are erased from others’ mind, of the events that took place before his power activates. 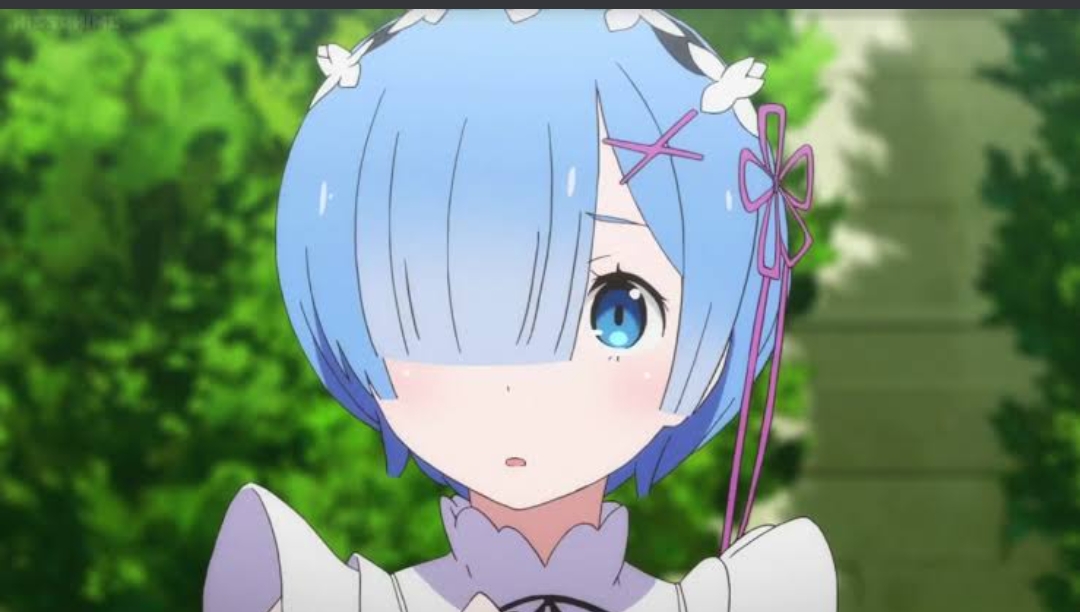 One of the most lovable characters of the series is Rem, who has always remained loyal even after knowing that she will never get as much recognition as her friend, Emilia, in the series. She takes pride in the job she does, that is, serving as a maid to the Roswaals mansion, although she is pretty powerful as a character. Currently, she is in a state of coma and has been erased from the minds of others, but there is a possibility she will return soon.

The show depicts the adventures of Eren Jaeger and his friends, Armin Arlert and Mikasa Ackerman, whose lives take a sharp turn when a massive giant creature known as Titan breaks the wall of the town in which they live. Determined to take revenge and to save the world from the gigantic creatures, Eren joins the Scout Regiment along with his friends, which is an elite group of soldiers, fighting against the Titans. Of all the seasons of Attack On Titan, the third season is perhaps the most favourite one, which was a complete package of fun and entertainment, especially the second part. 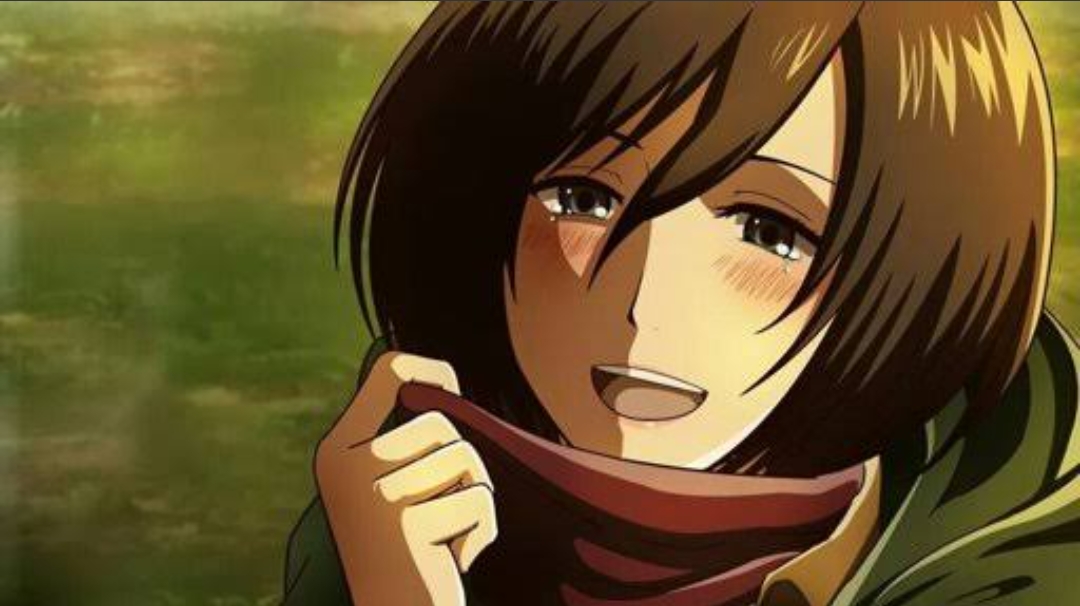 Most of the fans of the show root for strong and badass female protagonists and Mikasa Ackerman is one of the very few female leads who can give amazing fighting scenes and outstand the expectations of the fandom. Moreover, her sentimental and moving backstory proves her admiration for Eren. From the beginning to the end of the anime, Mikasa has impressed everyone with her work ethics, dedication and skills. It is difficult to dislike a calm, collected and cool person like Mikasa, isn’t it?

One of the most popular shounen anime, My Hero Academia has achieved an incredible amount of success during recent times. Even those who don’t watch anime or read manga, they have heard the show’s name at least once in their lifetime. It depicts the story of a boy named Izuku Midoriya, who has taken birth in a place where everyone is blessed with supernatural powers, except for him. However, when he saves a person from a villain, he gets blessed with a superpower allowing him to get enrolled in a high school training academy where Heroes train, and fulfil his dream of becoming a superhero. The fifth season of the anime has been scheduled to air from March 27, 2021 and fans can hardly wait for the watch. 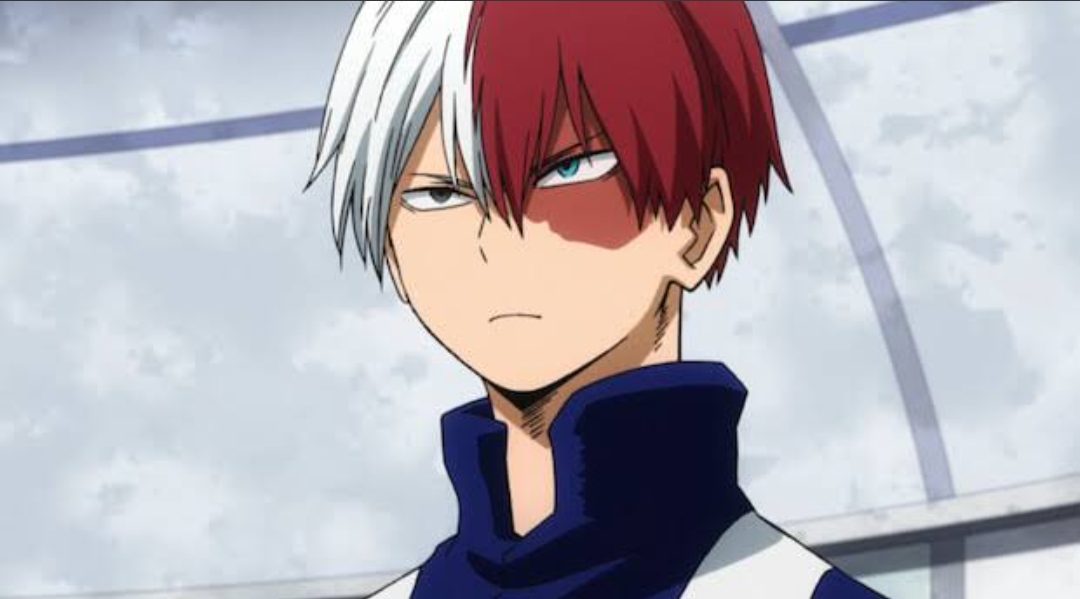 All the manga, as well as the anime viewers might agree why Shoto Todoroki is there in this list. Throughout the series, he has achieved major developments both strength-wise and character-wise and has never disappointed the fanbase. Arguably the strongest student among his class 1-A counterparts, Shoto Todoroki has a brooding personality, something that youngsters nowadays fall for easily. He even has an edgy backstory, attracting more people into his business. Other than that, he is very dorky, has a good sense of humour, and is protective towards his friends.

Naruto: Shippuden tells the story of a young ninja named Naruto Uzumaki, who dreams of getting recognized by his peers, and become the Hokage, the one who leads his village. Among all the supporting characters on the show, the one who is renowned throughout the Naruto world is Kakashi Hatake. The citizens of the village consider him to be a living legend and a child genius, and not even characters like Sasuke Uchiha and Itachi Uchiha are comparable to him. Kakashi was promoted, at the age of six, to a chunin and became a Jonin at the age of ten— an average ninja can never do that! He is known as a ninja who can do over a thousand jutsus, which earned him the title, ‘Copy Ninja Kakashi’. 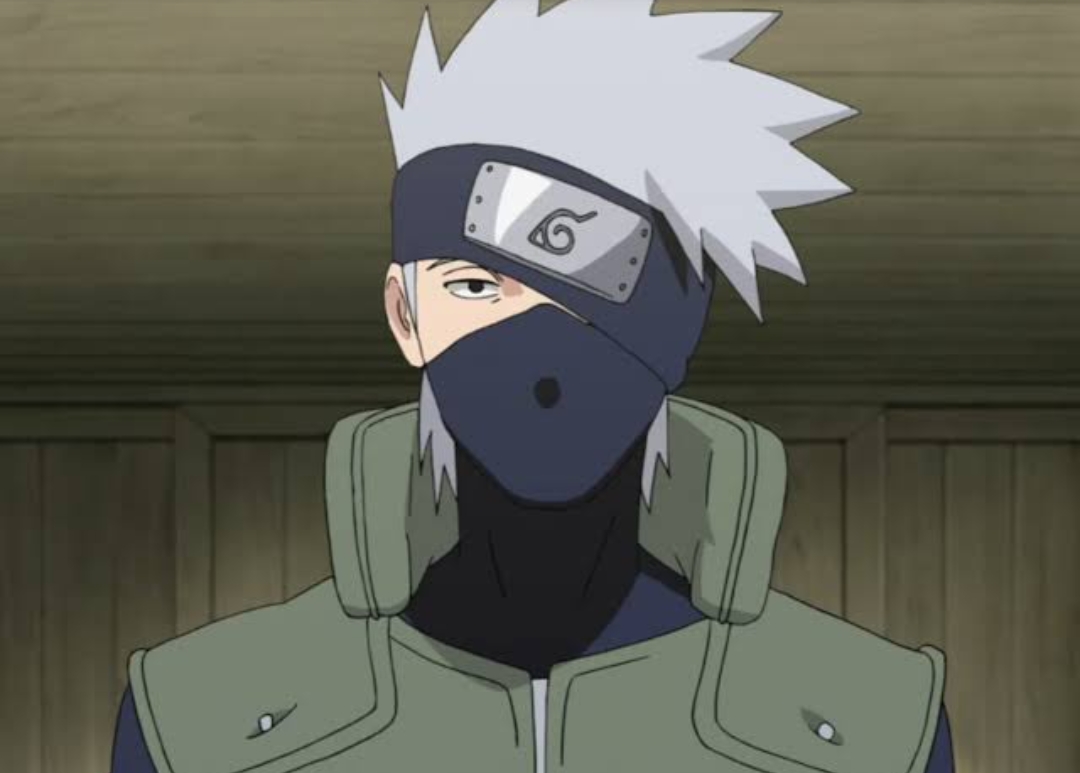 Why do people like him so much? Of course, they should! He is one of the coolest and sexiest characters of the series and his dark and brooding nature even made him more mysterious. Instead of head-on confrontation, Kakashi preferred using tactics, substitutions and clones to fight with the enemies like Zabuza and Orochimaru. 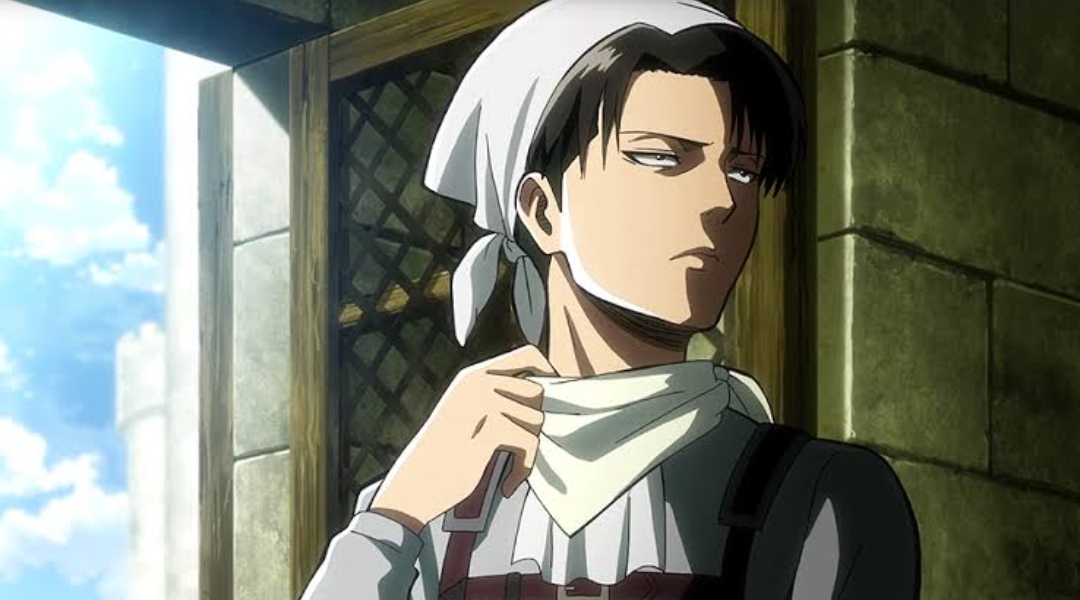 A great part of anime viewers consider Levi Ackerman as their favourite character, and why not? He is perhaps the strongest soldier in the world of anime, and the way he slices off the fearsome-looking titans, it seems as if he is cutting vegetables. The leader of the scouting legion division, Levi has a strict and disciplined personality and almost everyone shakes at his name. He has PTSD, OCD, and is a hygiene-freak. He is loyal, devoted, a great tactician and cares about people around him. His sarcastic but awkward nature make him look edgy and attractive too, although he is not very tall. In one sentence, he is arguably a character with no haters. 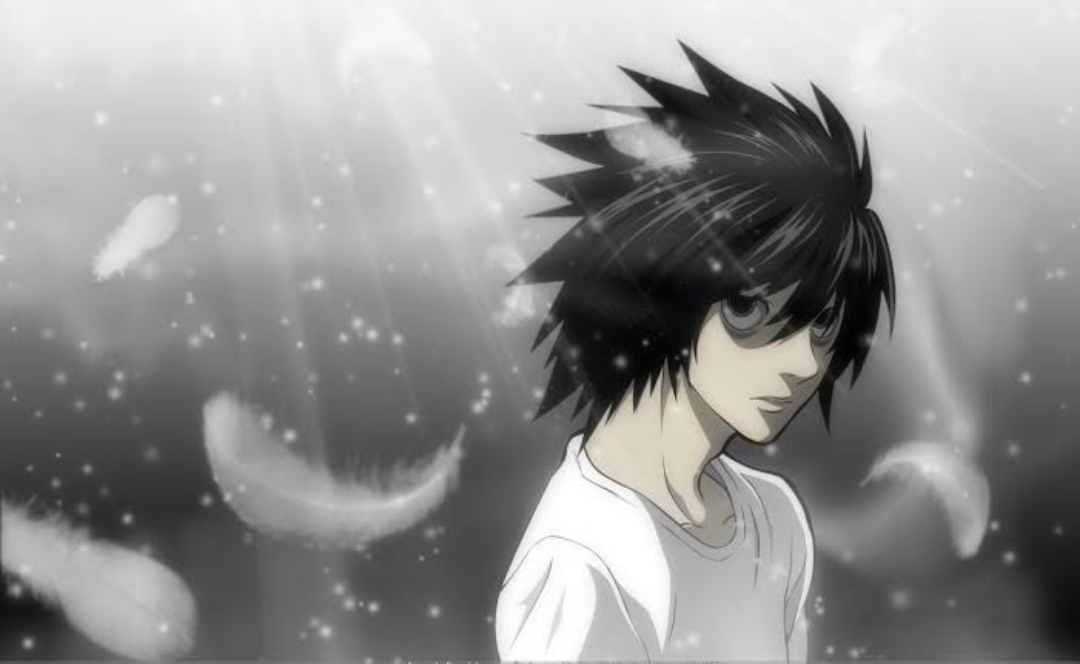 The series narrates the story of a teen genius, Light Yagami, who comes across an otherworldly notebook called the ‘Death Note,’ which apparently belongs to the Shinigami Ryuk, and an individual gets the power to kill anyone whose name the person writes on its pages. L Lawliet is one of the protagonists of the anime who has been portrayed as an enigmatic youth and a famous private detective. In spite of being the second protagonist, L’s fame exceeds that of the main lead, Light Yagami, who himself is very well-known, and every dedicated fan of the show is head over heels for him. He is extremely attractive— skinny and tall with dark eyes and long and black hair. He is also very witty, and has solved more than 3500 cases in his career and has triple the number of criminals arrested.

The series is about a young boy, Gon, who aspires to become a professional Hunter, like his father, who abandoned him when he was younger. He needs to pass the Hunter Examination in order to be a hunter, and over time, he comes across his new friends one of which is Killua Zoldyck, who is his best friend. 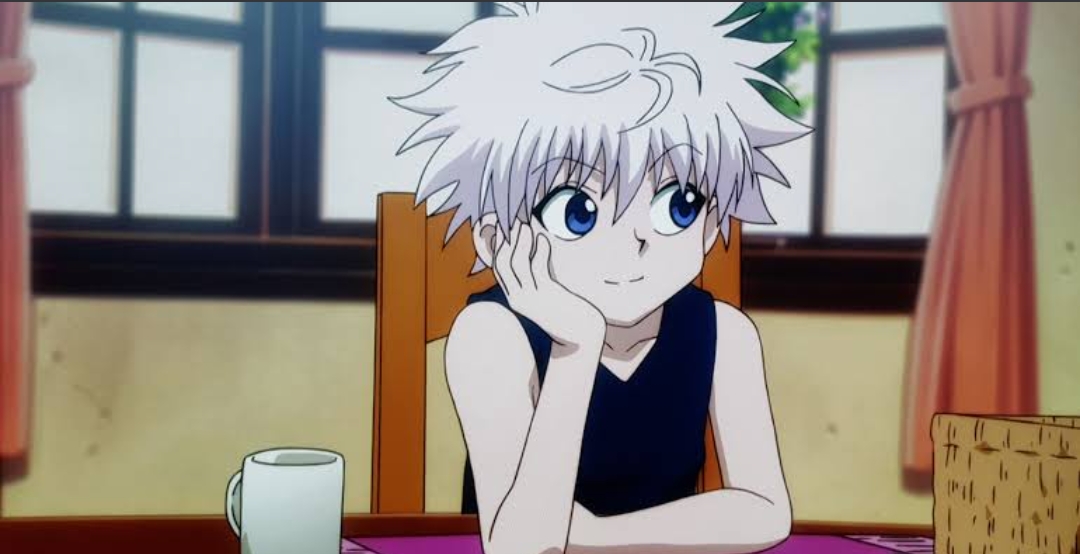 Although both Gon and Killua share the same age, Killua is better than Gon at everything, virtually. At first, Killua appears to be of a generic character, but as the story progresses, the show unlayers his complexities. Other than being a cool and cheerful guy, he became an incredibly charming professional assassin at an age of 11, due to his “abnormal” childhood. The fact that he ranked first on the HXH character popularity polls proves how much people like him!