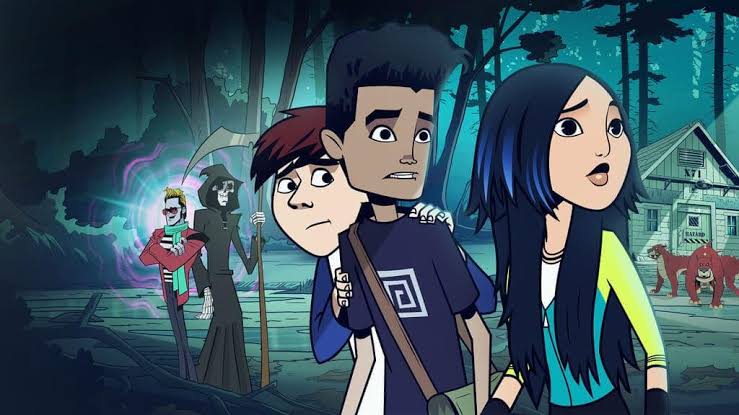 Today we’ll be talking about The Hollow Season 2. The fantasy animated web series, ‘The Hollow,’ is coming back on Netflix after a gap of two years with its second season soon. Season 1 of ‘The Hollow’ had occupied a special corner in our hearts with its characters gaining affection by the viewers in large numbers. After the series of troubles and difficulties that the main characters had to go through, get over, the trio wishes to get back to their homes when they wake up next. However, things aren’t that simple in mystery shows.

The second season of The Hollow will be available globally on Netflix on May 8, 2020. All the ten episodes of the first season of the series were released together back on June 8, 2018. The show’s announcement was made this year in February, and we have been waiting patiently for it since then.

The first season had a voice cast of Adrian Petriw as Adam, who is a Hispanic boy; Ashleigh Ball as Mira, who is an Asian girl; and Connor Parnall as Kai, playing the role of a Caucasian boy— as the main protagonists. The characters that were centered as the main antagonists are Diana Kaarina as Vanessa, who is a Caucasian girl; Alex Barima cast as Reeve, who is an African-American boy; and Jesse Moss as Skeet, playing the role of a Caucasian boy. Other notable characters of the show include Mark Hildreth as The Weird Guy, Nicole Oliver as Tree or the Spider-Woman, Michael Daingerfield as Benjamini, Ian James Corlett as Benjamin, Brian Drummond as Death, Kathleen Barr as The Witches, Lee Tockar as Dave, Paul Dobson as Minotaur, and Jason Simpson as Cyclops.

The second season is expected to reprise the roles of Valin Shinyei, Austin A.J. Abell, and Sean Thomas, playing the character of Miles. It has also been confirmed that Ashleigh Ball and Franciska Friede will be returning to play Mira, while Adrian Petriw will be back as Adam and Connor Parnall as Kai.

The Canadian animated mystery adventure series revolves around three kids— Adam, Kai, and Mira, who wakes up one day in a room, losing all their memories and need to make their way out of the dangerous world and get back to their homes. To their home back home, they come across strange creatures, some of which help them while the others pose as an obstacle, creating troubles for them. The ending of the season left many of the spectators in shock. Although we don’t have any intentions to spill the spoilers of the show, we can still assure that it ends with total satisfaction and craze.