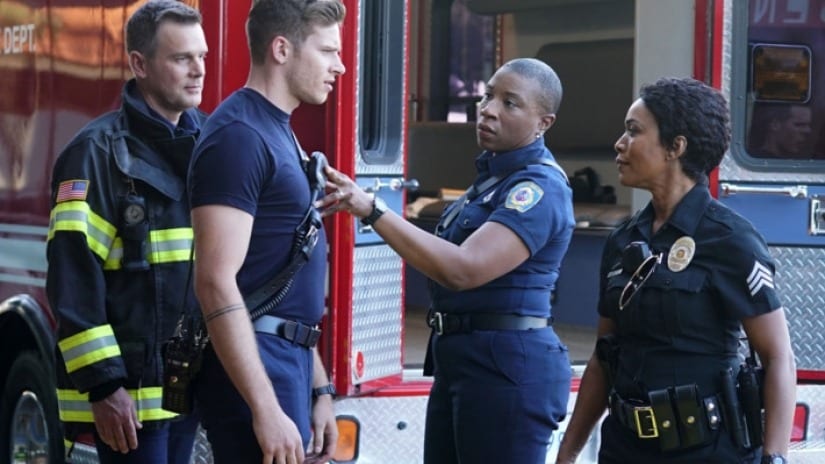 911 was quickly renewed for a second after the success of the first season. I’m sure Ryan Murphy would be happy with the results that the first two seasons have produced. Both the seasons aired on Fox, and they gained a massive fan following in such a short period. If you check the stats, you’d realize how great the debut of the show was. Close to 15 million people watched the premiere of 911 Season 1. These are some great numbers.

Talking more about the numbers, the second season has scored 1.5 in the 18-49 demographic, which is quite impressive. Not only that, the show has managed to get an average of 6.25 million viewers, which is just 1 percent lower than the first season. The demographic is 9 percent lower than the first season, but it would not do much damage in my opinion.

The show follows the lives of cops, paramedics, dispatchers, and firefighters. The first season of the show premiered on Fox network back on January 3, 2018. The first season had ten episodes, and due to its success, it was immediately renewed for a second season.

The show is yet to be renewed for a third season despite its popularity. This might be worrying for the fans but, I do think that it won’t be long before we finally get a confirmation about the new season. There’s no need to worry. Now, let’s move on to the cast. If the show is renewed, then we will see the majority of the main cast returning. Here is the possible cast for the third season:

It is very likely that the cast mentioned above will return for a third season. The second season of 911 premiered on September 23, 2018, on Fox. Currently, there hasn’t been any news of a renewal. But the show is expected to release in June 2019. Nonetheless, we will keep you posted with the latest news and updates.

While we all want to know what will happen after the second season, we have got some really good news for you all. First of all, the show has been renewed for a third season, which is pretty much what we expected. However, a spin-off show has also been announced, which will star Rob Lowe. It would be situated in Austin, and it will be called 911: Lone Star.

Moving on to the update of the third season, it will start broadcasting in its usual period of September 2019. However, the show will be shifted to 8 PM slot from its 9 PM slot, to fit another show. Moreover, the next season will also air in two parts, the same as the previous season.