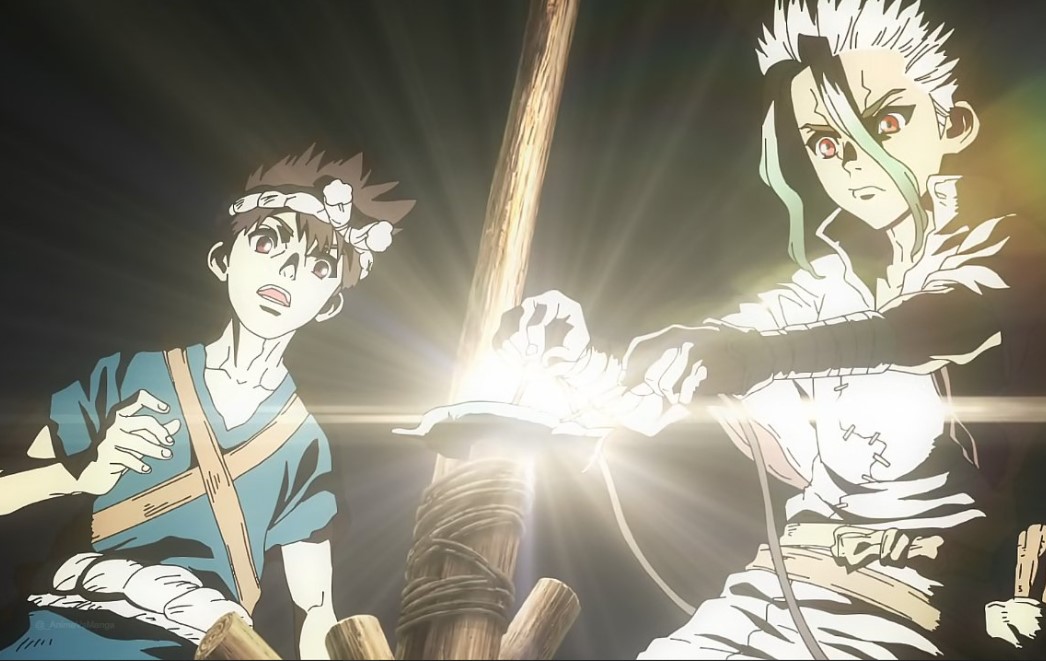 Ryusui laughs that their map is marked down with an X and he reveals as they advance that is where they are going to find the answers about the great purification. Everyone is happy talking about the Amazon and Taiju thinks that it will be a great adventure for them. Senku notices that they have to travel upriver from the ocean which is the long way around and he is worried about the fuel.

Xeno said that they will advance slowly at a snail pace and they will be able to reach there. He also said that they will have to fuel to make things better. The crew started chopping wood for making charcoal and Senku told them to hurry or Stan with catch up. Taiju is working so hard and he saw something glowing in the sky. 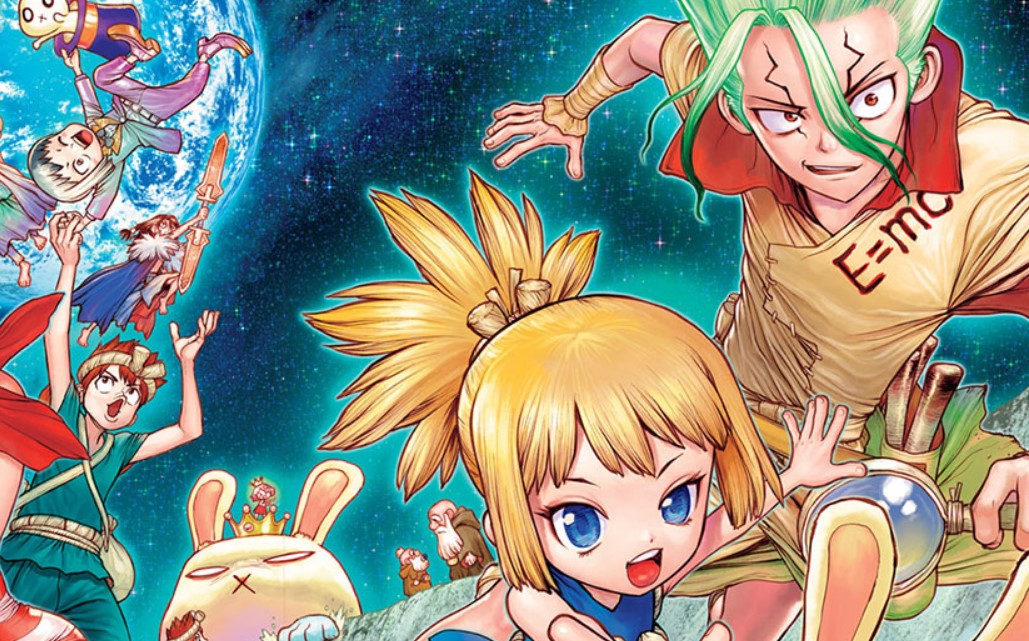 Taiju notices that the glow is showing something written saying ”HELL.” He shouts to everyone that it is saying hell and ask what is happening on the moon and he thinks someone is messing with the sky. Senku crew is shocked and Xeno is. Luna started wondering what it is and he told everyone to look around the letters. The crew tries to figure out what is it and Tsukasa asks Xeno if he has any idea and he replied no. Suddenly a lady appears wearing a weird costume that looks like a pumpkin.

Senku thinks that she looks like Suika and Xeno recognize her that she is DR. Chelsea. They both recognize each other and Senku asks if they are friends and Xeno said that they have just met. Xeno also explains how they met and he reveals that it is because Senku Dr. Chelsea is here. She saw the work that he uses to post on the internet and the swallow population distribution data and she decides to follow him.

Then Senku finds a solution to his problem since Dr.Chelsea knows the short cut and he thinks that they will be able to get away from Stanley. He asks Chelsea to show the secret route. Dr. Chealsea shows Senku the spot that will let him move across South America and make landfall in Northern Ecuador climbing mountains. She advises them that they can use a lightweight motorcycle if they have one. Senku said that they don’t have one but they will make it. Glen and Chelsea are so excited about that.

The new chapter of Dr. Stone Manga is available on VIZ Media and Shueisha’s Manga plus official platforms. Raw scans for new chapters are released 2-3 days before their respective chapters are published. To support the Manga creators and publishers, we advise you to read the digital copies from their official websites and apps.