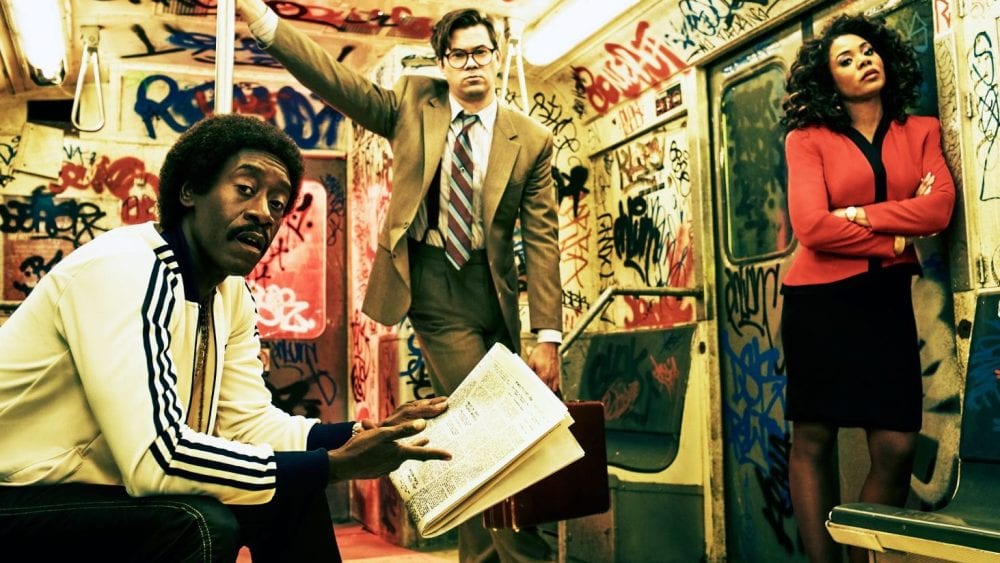 Showtime’s Black Monday is slated to be the most anticipated shows of 2019. And the show made its unofficial debut already! In a major move, Showtime is offering audiences the series premiere actually weeks ahead of schedule, on December 28. Black Monday is getting major hype on Showtime since months now. The Network gave us a sneak peek into what the series will look like, so to say an unofficial debut. The series premiere is currently available online.

The newest series stars the likes of Don Cheadle, Regina Hall, Paul Scheer and Andrew Rannells amongst the rest. Multiple teaser trailers of the are out till date, and the Network Showtime keeps boosting it. Black Monday is going to be a 10-episode series as put by Showtime, and it revolves around a group of rebels who are outsiders, and they take up the old-boys club of Wall Street into their own hands and end up crippling the world’s biggest financial system. There’s some vague description about a Lamborghini, a limousine and a shattering a glass ceiling too.

Black Monday owes credit to David Cape and Jordan Cahan and is actually built around the real story of 1989. This was the year when the infamous stock market crash happened, and so Black Monday will trace the shenanigans of the same. There’s a whole late ’80’s vibe to Black Monday, and the premiere looks fantastic.

Executive producers to the show Black Monday are Seth Rogen and Evan Goldberg. The show has guest stars such as Ken Marino, Kurt Braunohler, Kadeem Hardison. Black Monday premieres on Showtime on January 20′ 2019.