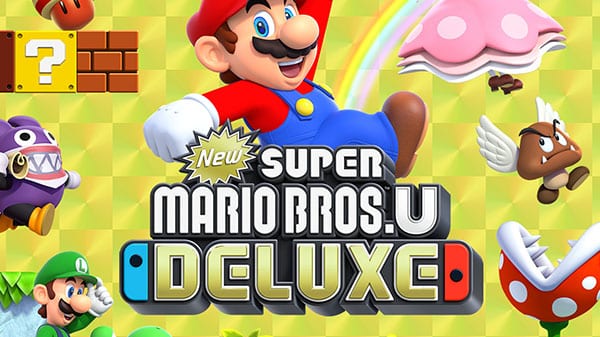 Nintendo’s not so successful Wii U console relaunched in the year 2012 with a high-quality 2D Mario game called New Super Mario Bros. U. Back then it wasn’t that big of a hit. But it stayed because of the sense of attachment we had to the game, I mean all of us did play Mario as kids.

If your first question is whether or not this game has that nostalgic Mario vibe, my answer would be yes. This time around, it has high-quality platformers which makes it different from the 2012 version of it. The main playable characters are Mario, Luigi, and Yellow Toad. Joining them is Toadette and Nabbit. Nabbit was only a playable character earlier in New Super Luigi. If you want to play as Toadette, it is an easy mode.
She doesn’t have that slippery inertia that Mario and Luigi possess. And in underwater levels, you can steer her around in all directions without having to tap a button to stay afloat. Also, UP blocks become 3-UPs when discovered by Toadette.

Above all, I think Super Mario Bros. U Deluxe is an attempt by Nintendo to get the Wii U back. Super Mario Bros. U is the combination of a meticulous 2D engineering derived from the original Mario Bros games. It has hard edges and both stubborn challenges. Nabbit, the sack-schlepping rabbit is a playable character for the kids. It makes easy projectiles and is undefeatable to enemies. Nabbit uses pickup lines like Fire Flowers or Super Acorns which gives him less agency. Nabbit can fall down the holes easily, and this isn’t that preferred a playable option.

The New Super Luigi U addition is fun to play with the most slippery shoes. But the thing is that with Luigi, levels are shorter in length and set against a 100-second timer. Therefore the New Super Luigi U mode is suited for those wanting to play quick, mobile bursts with the help of a Switch in handheld mode. It makes the whole game a robust 2D package.

Our Verdict at Otakukart:
Super Mario is a feature-rich platforming game and in addition to the roster. Those looking after a more easy way to tackle the most challenging of levels, it is a boon. There are Nintendo Switch games in the same mellow genre that are better at playing than the New Super Mario Bros but this one should be at the top of the list due to the nostalgia factor. This Super Mario Bros. U Deluxe is an easy favorite.