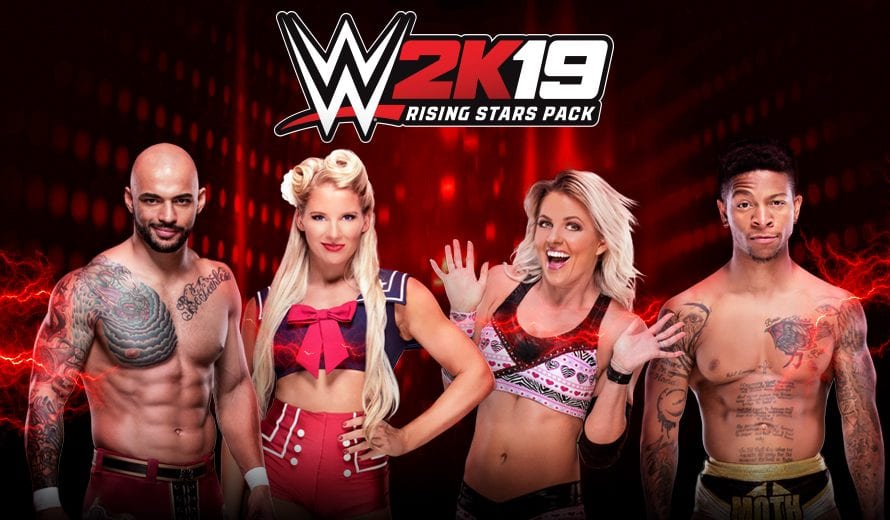 WWE 2K19 was one of the most exciting games of 2018, and it sure did live up to its expectations. The game featured the most extensive roster to date, and the list of women wrestlers combined was insane. From legends to new talents, you get it all, and it was also the first game in the series to features a dedicated story mode which was reasonably good but, we can expect from them in their next installment. However, the current big thing in WWE 2K19 is the DLC content, Rising Stars.

If you don’t know about the Rising Stars DLC pack then don’t worry, we got you covered. In this newest DLC pack, there is a list of 7 additional wrestlers which included superstars both from WWE NXT and WWE 205 Live and WWE Raw. It was already announced on the Twitter page of WWE Games where they shared a promo video as well.

The superstars also shared their reactions on Twitter where Lio Rush urged fans to play as the ‘Man of The Hour,’ while Mike Kanellis tweeted out that despite never being in a video game before, he is feeling extremely refreshing to see his fans playings as him and his wife, Maria Kanellis.

The WWE 2K19 Rising Stars DLC is currently available for purchase on PS4 store (for PS4), Steam (for PC) and Xbox store, and it will cost you $9.99. Along with that, there are new WWE moves as well which includes a total of 50 new moves. You can get the full details on 2K’s official website.