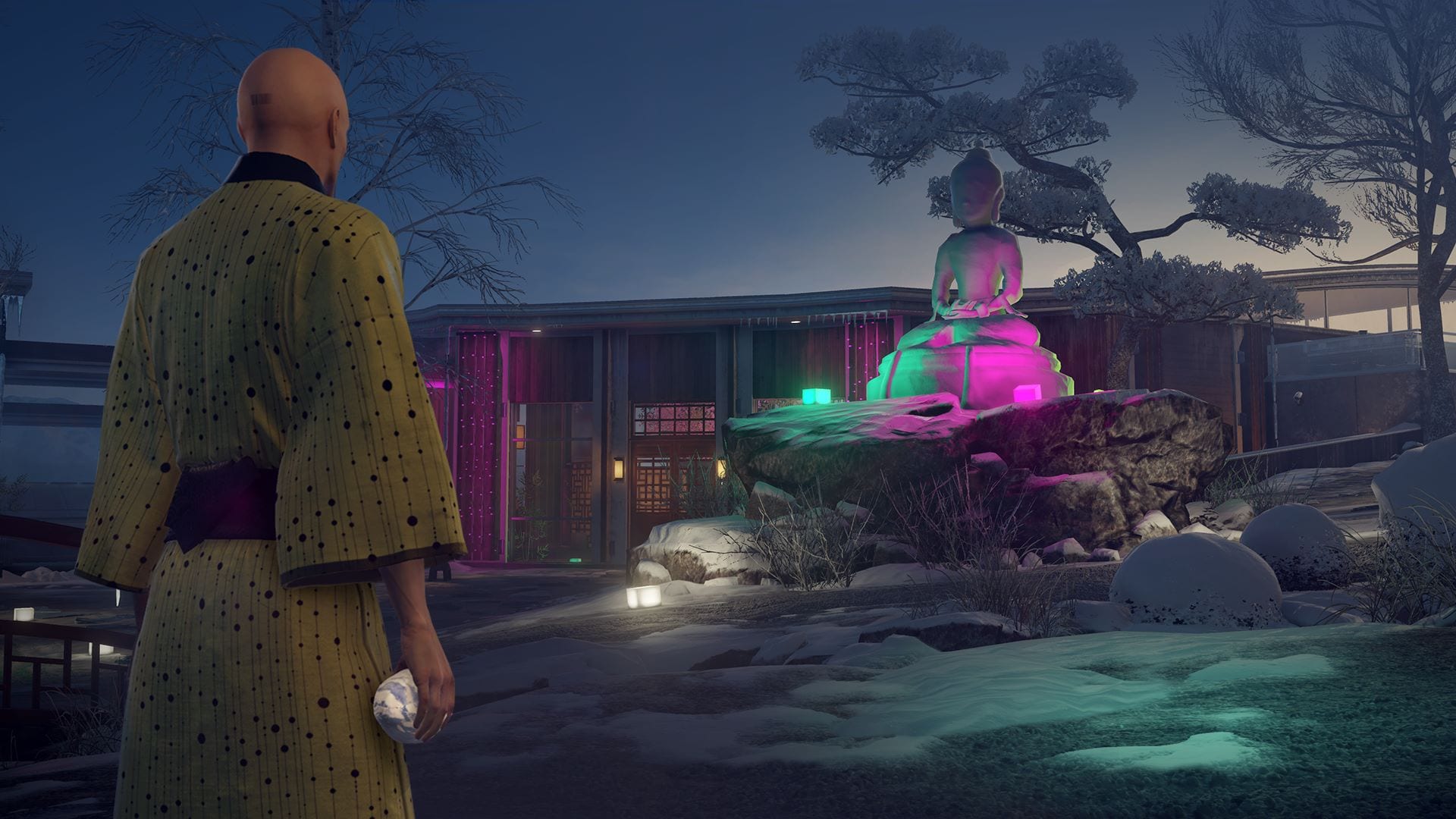 Recently, Hitman 2 got an update which was update 2.13, in this player received a limited-time snow Festival missions. The mission is based in Kokkaido legacy location which involves assassinating an evil manager of a fireworks factory named Dimitri Fedorov. There are a total of six unique challenges which came with the Snow Festival mission. If you complete all six challenges, it will unlock a unique Pick melee weapon.

This guide will walk you through all six challenges of Hitman 2 Snow Festival.

But, before you start the challenge, you’ll want to do some preparation first. You first have to unlock the Emetic Syringe and the ICA Remote Taser. Moreover, there are two Hokkaido location mastery rewards which you will unlock too. These will unlock one after the another. They unlock needed the Kitchen Food Storage ICA stash (mastery rank 11) and Kitchen starting location (mastery rank 12).

Blood in the Snow

To complete this one, you need to stab Fedorov with a small icicle. You can find icicles hanging from lanterns in the garden. Grab one and give it to him. You will be restarting the mission many times, so it doesn’t matter if you stab him yourself and get caught. You will still get credit for the challenge even if you restart the mission after killing him.

In the central garden’s northwestern corner, there is a large hanging icicle. This icicle is near the red Japanese-style archway and glows in Instinct mode. Fedorov wanders around the garden, and then he stops right underneath the icicle which gives you a perfect chance to kill him. But in order to do so, you will need a silenced pistol to kill him. Here the reason you have to get the Kitchen mastery. If you have this, just store a silenced pistol as the Kitchen Food Storage stashed item. Start the mission from the kitchen, grab the gun and shoot the icicle when the time is right.

This challenge wants you to kill Fedorov by drowning him. In order do this, you first have to start in the kitchen again and swap your stashed item for the Emetic Syringe. Grab the syringe and run to the bathroom that is at the main facility’s Southwest corner. This bathroom is located on level 1 from a security room on the map. In the bathroom there are two patients, one is in the main bathroom, and another one is in the leftmost stall. Knockout the patient in the main area and hide the body in the closet in the rightmost stall. Fedorov eventually will enter the bathroom to wash his hands. You have to use Emetic syringe on him, but you can’t do this while he is washing his hands because he will see you in the mirror and will panic. The best chance that you have to prick him is when he’s about to leave the bathroom if it all goes well, Fedorov will get sick and will go to the rightmost stall to throw up. Drown him in the toilet, and the Cold Surprise challenge is done.

This is the final challenge, in this task you have to kill Fedorov by electrocuting him. Start in the kitchen again with ICA Remote Taser in the stashed item. Do the same thing that we did in cold Surprise challenge but when he enters the bathroom subdue him and make sure that his body is in front of the two sinks and turn them on. Wait for them sinks to our and when you see Fedorov’s body in the pool of water then just throw the Remote Taser into the puddle and finish of Fedorov off.