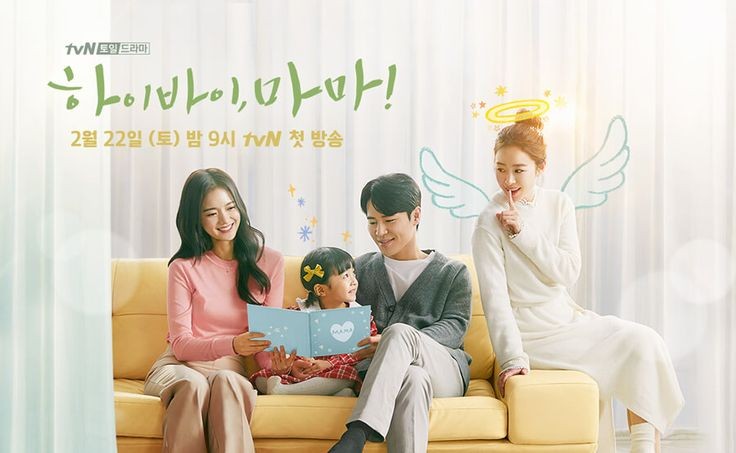 Hi Bye, Mama! will unfortunately not be airing episodes this week. The tvN show has decided to take a break from broadcasts, due to changes in schedule. A source from the K-drama told Naver (via Soompi) that Hi Bye, Mama has decided to take a break from broadcasting its 13th and 14th episodes on April 4 and 5, respectively. The source added that the hiatus is being taken due to “inevitable changes in schedule”, and to ensure a stable production process. It was noted that special broadcasts will be aired in Hi Bye, Mama!’s time slots.

The plot of the show revolves around the titular wife and mom character of our story, Cha Yoo Ri, who passed away five years ago. She has been a ghost ever since she passed away and longs to be back with her husband Jo Kang Hwa and their daughter.

The husband’s personality sees a change from his once caring self. He works as a thoracic surgeon and worked as a single father for three years. He finally moves on from his wife’s death and marries Oh Min Jung (played by Go Bo Gyeol).

Hi Bye, Mama! releases two episodes a week, on Saturdays and Sundays. Since the show is on hiatus this week, episode 13 will now air on April 11 and episode 14 on April 12.

Where to Watch Hi Bye, Mama!?

The South Korean fantasy television series About Hi Bye, Mama! is a Netflix Original that involves Cha Yu-ri played by Kim Tae-hee who had died in an accident years ago while protecting her unborn daughter but could not move on with her afterlife. Determined to reincarnate herself as a human once again, she wishes to complete a 49- days project to go back to her place within the allotted time limit. However, a lot of struggles lay ahead of hers’s, including the fact that her husband has remarried two years ago and has gone through a drastic change of personality since then.

The show is created by Studio Dragon, and is the comeback of one of the most popular Hallyu wave queens, Kim Tae Hee. The show is directed by Yoo Je Won, who has worked on The Smile Has Left Your Eyes and Oh My Ghosts previously.