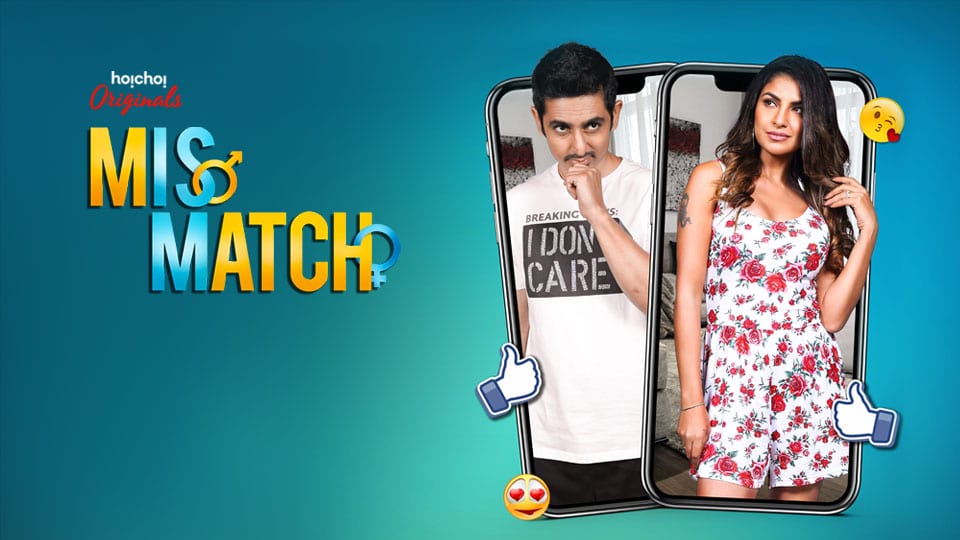 Mismatch is a Bengali Web series that has just roped-in Riya Sen, while the main cast stays the same such as cast remains the same with Rachel White, Rajdeep Gupta and Mainak Banerjee and even the director, Soumik Chattopadhyay. Season 1 of Mismatch was a huge hit, the comedy series by hoichoi streamed Season 1 in September 2018. Most of the cast from Season 1 has joined the web series again such as Hello S2, Dupur Thakurpo S2, Holy Faak S2, Chupkotha S2, Byomkesh S4. Hoichoi is worlds second largest Bengali streaming channel, which now has series such as Mismatch up and running.

Mismatch Season 2 is the story of two couples Abir (Rajdeep Gupta), Mishka (Riya Sen) and Anirban (Mainak Banerjee) Aditi (Rachel White). Aditi and Mishka work together, Aditi is Mishka’s boss. Anirban is a musician, more relaxed. Aditi is a challenging boss. Abir who’s Mishka’s boss has weird sexual fantasies which are too difficult to handle for Mishka. Aditi is shown as a dominating person; her husband Anirban has given up on life.

Riya Sen is excited about taking up this job; she’s looking forward to joining the cast of Mismatch. More than anything she’s excited about working at a different platform. Mismatch Season 2 is currently in works; the series may come out later this year. We’ll update this page as soon as we have it.

Hoichoi touts itself to the world’s largest digital platform for Bengalis. It consists of 1000 Bengali songs. Hoichoi was founded in 2017; it is SVF New Media’s maiden venture. Hoichoi is headed by Co-Founder Vishnu Mohta who is also the Executive Director, SVF.