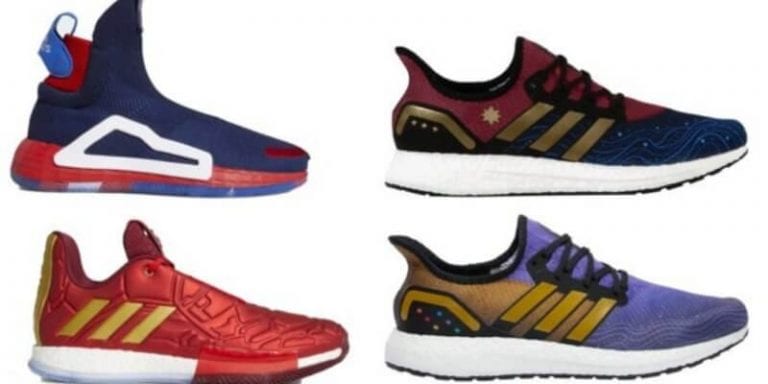 The Marvel x Adidas Endgame sneakers have just arrived, and they look amazing tbh. The comic book giant and the iconic sports brand have teamed up for “Heroes Among Us” sneakers. This collection will feature Endgame inspired limited edition designs of sneakers. The Avengers Endgame that just came out is setting records at the box office.

This collection consists of the powers of NBA and WNBA athletes James Harden, Damian Lillard, Candace Parker, John Wall, and Tracy McGrady, combined with the style of Iron Man, Black Panther, Captain Marvel, Captain America, and Nick Fury. Remember the old Jen Bartel’s AM4 Captain Marvel sneaker? They are bringing that back alongside the AM4 Thanos

The release date for both these shoes, i.e., the “Heroes Among Us” and Jen Bartel shoe collections coincided with the release date of End Game. Here are the most important details that you need to know:

Starting April 26, Adidas “Heroes Among Us sneakers” for $110 – $180. If they sell out, you can buy them at eBay with a markup. Adidas is restocking the AM4 Captain Marvel, and they are launching the AM4 Thanos sneakers designed by Jen Bartel. They are available for $150. The other important sneaker details not to be missed are: