Shouya Ishida is the main character of A Silent Voice. He is a young schoolboy who looks for the worst ways to spend his boredom. He has a way to be as cruel as possible to others. As Shouko transfers to his class, he and the rest of the class try to make fun of her. This leads to the blame being put on Shouya and a lot of pressure is created on him. Shouko transfers out while Shouko is left to bear the consequences. Teachers are of no help in this regard and Shouya is on to lead a new type of life. This movie has a lot going on.

Emotional, Beautiful, and Relatable. This anime had me holding my tears to crying my eyes out. I mean, some scenes were so emotionally powerful that my mouth dropped. Brilliant stuff KyoAni. I can relate to Ishida’s character on a personal level because I can see myself in Him. As for problems, it’s mainly the pacing of the movie because some scenes felt incredibly rushed. But I can’t blame the people that worked on this movie because they had to cram 7 Manga Volumes into a 2hr movie, so for what they could have done, they did a Bloody brilliant job.

I mean c’mon It’s Kyoto Animation. It’s bound to look breathtaking. The best part about the animation is the Intricate character movements (like subtle hand movements). The facial expressions and a lot of the dialogue are conveyed through Sign Language (Shoko conversations) Beautiful Stuff. 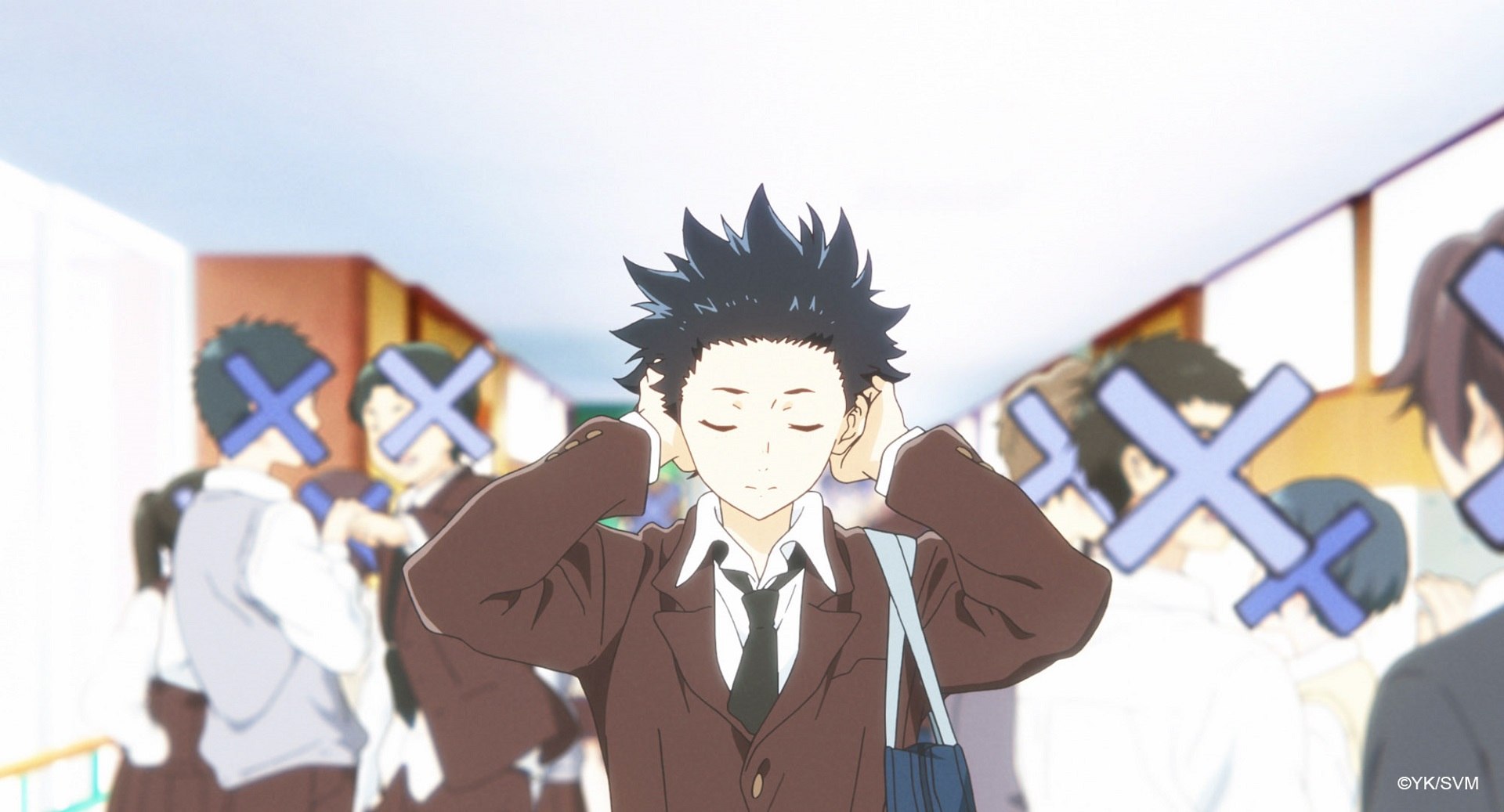 It’s unique because it makes you feel like you view the world from a Deaf Person’s perspective, such as the sound slowing drowning from the world. When it came to the emotional scenes, the sound makes them even more emotional. It has an Awesome Soundtrack.

Shoko and Ishida are well developed; the only problem is the supporting characters as we hardly know about them, so it feels like they are just there to fill the story. Apart from the supporting cast, luckily, the main leads add a lot to the story. This is the first time I watched an anime where there is a deaf character, so her character was unique to me, and I cared about her character from the minute she appeared.

Apart from some flaws, I enjoyed every minute of this movie, and I wasn’t bored even once—a magnificent movie about redemption that I highly recommend everybody to check out.