Dorohedoro is an action, comedy, and horror anime of 12 episodes from MAPPA studio directed by Hayashi, Yuuichirou, who is best known for directing Kakegurui. The story takes place in a post-apocalyptic setting, split into two separate dimensions; the Hole, a dismal cityscape where humans reside, and the Sorcerers’ world, home of sorcerers. Despite appearing similar, humans and sorcerers are two distinct species and are capable of entering the Hole by summoning magical doors. The plot centers on a man named Caiman, and his search for his real identity after a transformation by a sorcerer left him with a reptile’s head and no memory of his former life. Along with his friend Nikaido, he violently assaults sorcerers in the Hole, intending to find his true identity.

The anime revolves around Caiman, who does not remember who he was before he was transfigured by a Magic user. This transformation left him with a reptile’s head and a desire to find out the truth about who he is. Accompanied by Nikaido, his companion, who is also one of the best female anime characters I’ve seen, he tracks down Magic Users in “The Hole”. He unceremoniously chomps down on their heads, hoping to find out who it was that put him in this state.

One by one, they witness this “second man” inside the head of Caiman, and after pulling them back out of his mouth, he asks them all a question… “What did the guy inside my head say?”. Dorohedoro is one of the most unique and weirdest shows I’ve ever seen. I can’t describe the magic this show has, it’s something you have to see for yourself, but still, I would like to try it. It is based on the manga of the same name, which you should read in case you get impatient after finishing up with the anime. The art style of the manga is unique, to say the least, it’s rough and gritty, it is one of those where you look at it and realize that it can never be adapted, but the anime exists, and it uses a blend of 2D and 3D animation.

The manga is more detailed, but compromises need to be made somewhere. Most of the background in the anime is in traditional 2d, and for Caiman, they opted to use 3d and for most of the other characters. The movement of the characters surely looks unnatural, but that’s exactly what these characters are, unnatural.

We all know how most 3D animes are (remember Berserk 2016-17), and it’s true, they look significantly more janky than traditional 2D animation and are less detailed as well but here, the animation, though not as amazing as Beastars, is good plus it helps the anime to carve out its own identity and also makes it stand out from other anime of its kind. As soon as you look at the protagonist, you will immediately spot out that he looks nothing like those generic fantasy anime heroes and doesn’t act like them either. This extends to other characters as well.

The real charm of the show lies in its world-building. The Hole and the sorcerer’s world feel lived in and separate from the generic anime fantasy world. The Hole is a perfect blend of sci-fi post-apocalyptic world. You see the people inhabiting this world and find out how they actually go about in their lives and when you witness a giant cockroach who is wearing a sneaker and who can only say “shocking,” it would not seem out of place.

And because the world is so well defined, any crazy or bizarre thing can happen. In one episode they might start playing baseball with a stitched-together dead body and in another, they just go on with a zombie hunt. Anything can happen in this fictional world. I mean let us take Beastars for example, again, in that show you kept on wondering how society worked and as you watched to show you kept on discovering more stuff and that made the world feel real, it seemed plausible. The same thing happens here, as the focus shifts to the sorcerer’s world, the story starts to feel grander. 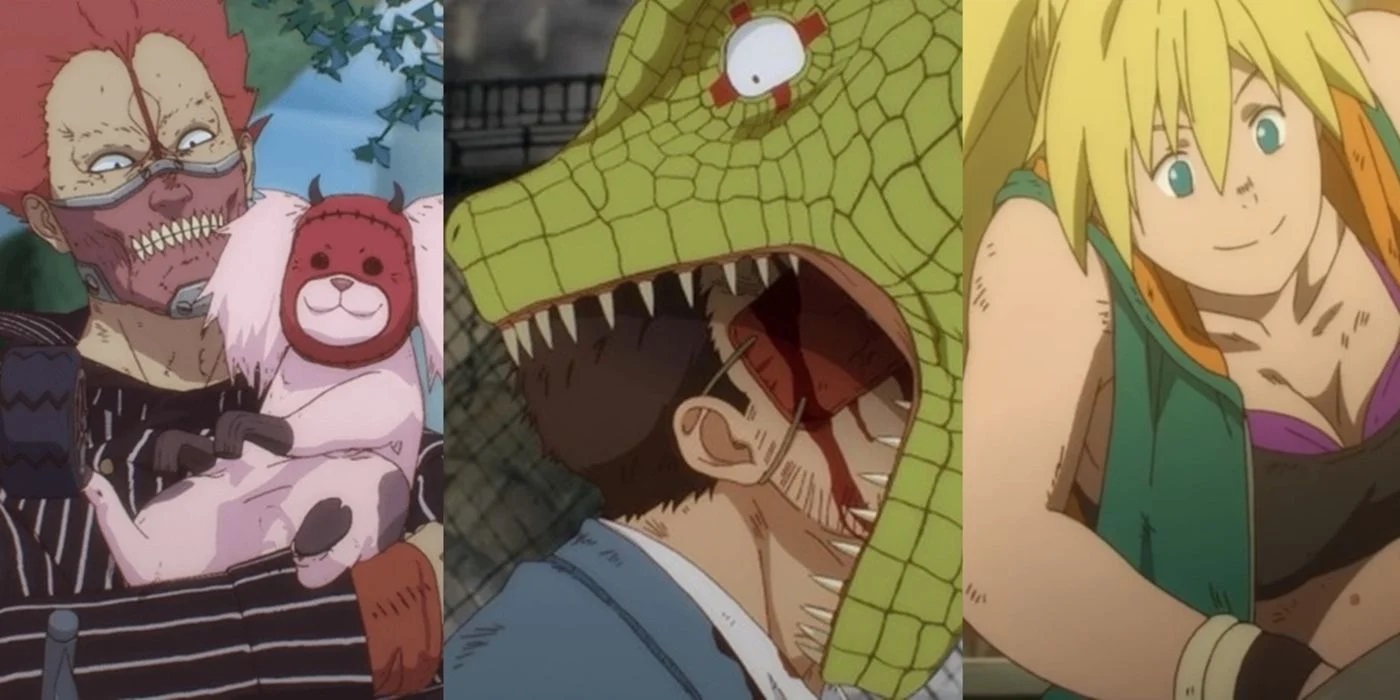 They were some OVA released that answer some of the minor things, they have nothing to do with the main plot and are just 5-10 mins long also they are available on youtube so I suggest you check them out as well. Anyways the point I’m trying to make is that the setting makes you feel absorbed and makes you ask questions about stuff and it gets answered as you watch the show. It’s not just a backdrop; instead, it’s a character in itself.

Not to mention the anime is violent but it doesn’t use it for some cheap shock value, instead, it is used for humor which lands. All the violence doesn’t seem out of place, this may be because the world is so well developed that if any bizarre thing happens it just doesn’t seem odd, it just flushes out the world and its characters. Now I don’t have a problem with violence in anime but sometimes it’s just there for sake of being edgy and adds nothing to the story.

Here when you see the protagonist cut, people, up you question the morality of the act but the show doesn’t go there. This might be the only negative point I have with the show,  the characters feel one-dimensional. Sure you have backstories for each of them and it’s fun seeing them do stupid stuff, just don’t expect much depth like those character-focused shows. I’m not saying that they are unlikable, chances are that by the end of the 12th episode you might end up liking the antagonist more than the protagonist. To be more specific, I’m talking about Shin and Noi, and honestly, they were more fun than the main duo (Caiman and Nikaido).

All of their interactions were so much fun that it just made the show more enjoyable for me, I ended up rooting for them as much as I was rooting for Caiman. The anime does a great job of making the motives of the characters understandable by showing both sides of the coin. 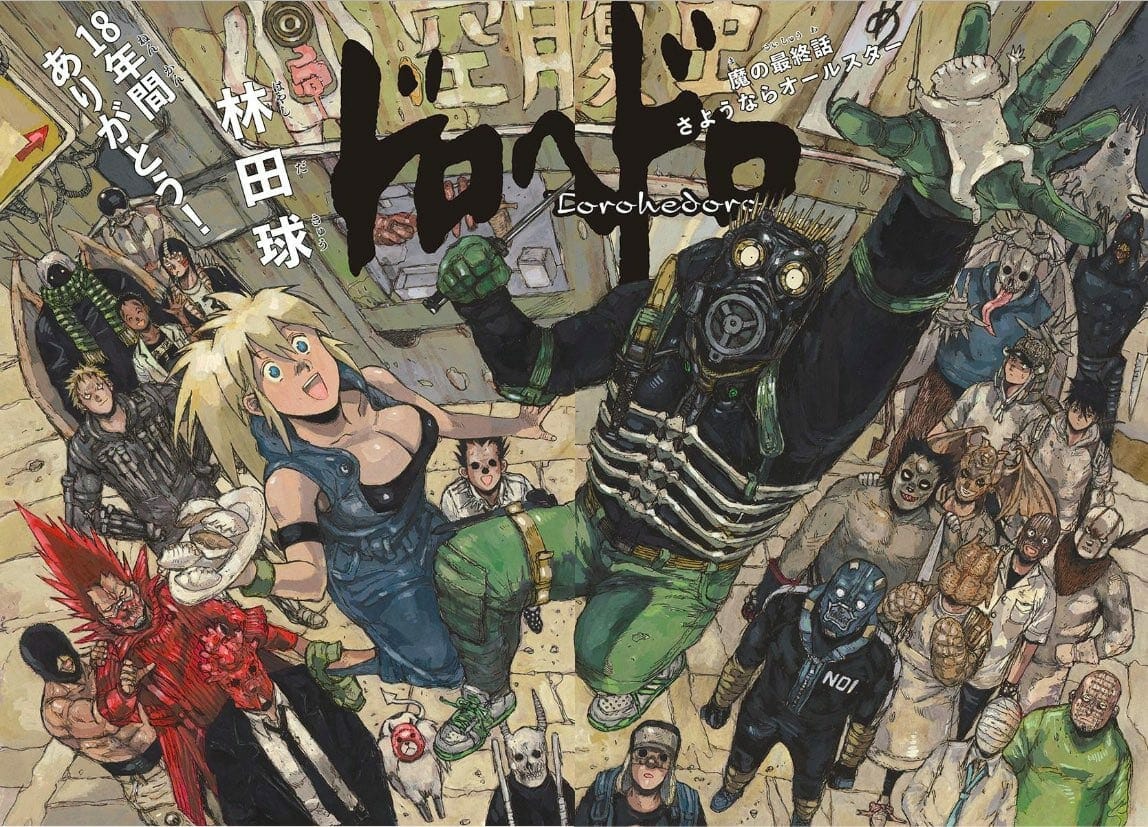 At its core, it’s a suspense thriller anime, and in this genre, there is a high chance that you might start feeling bored in the middle. Luckily the pacing of the show is so good that I wasn’t bored for a single second, the story moves forward consistently. It creates a mystery giving rise to a lot of questions and constantly keeps on answering them while, in the process, giving rise to more questions. Plus the fight scenes are cool and are well-choreographed, not as slick as 2D animation but still pretty damn good and gruesome.

You need to just trust me when I say that this was one of the most fun shows I’ve ever seen. The anime contains only 12 episodes, which I’ve already mentioned before, so it’s not yet complete and by the end, you might have more questions than the answers so either you can wait for the second or just pick up the manga. Also, the soundtrack of the show is perfect. It fits the tone of the show perfectly and the intro song is an absolute banger and it doesn’t just reuse scenes from the anime. The outro changes in every 3 or 4 episodes with each of them having a different animated background, this just shows how passionate the creators were about adapting the manga.

The anime is available on Netflix and I highly recommend that you watch it. Both subbed and dubbed versions are available but I suggest that you watch the sub, the over the top Japanese voice acting fits the tone of the show plus Caiman is voice acted by the same voice actor of our beloved Okuyasu (JJBA – Diamond is Unbreakable). And in case you want something else like it, you can watch “Ichi the killer”. It’s a movie based on the manga of the same, though it does not contain any supernatural element, the core experience is the same.